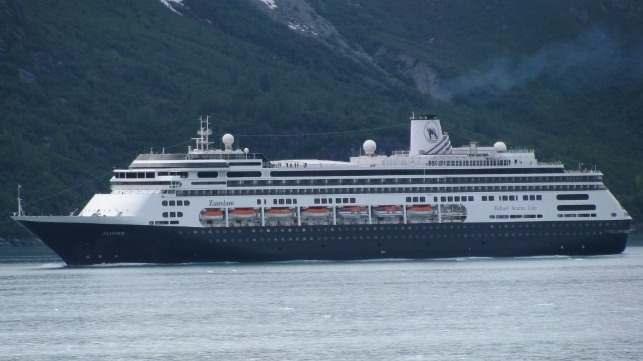 The Panama Maritime Authority (AMP)denies that the Zaandam, cruise ship will be able to disembark in Panama.

The vessel like the 17th  century legendary  Flying Dutchman has been sailing aimlessly through the Pacific and has been denied landing at ports in Chile and Peru and has even been stoned by local residents.

With 1,243 passengers including 250 Canadians, and 586 crew, many with flu-like symptoms the ship has been denied landing due to the threat of the coronavirus.

The AFP agency had said that the Zaandam, of the Holland America line, of the Carnival group, had set out for Panama.

According to AFP, after spending more than a week begging for a port to disembark its passengers, Holland America deployed its ship Rotterdam from Puerto Vallarta in Mexico, "to meet with the Zaandam and provide additional supplies, personnel, test kits for Covid-19 and other support as needed" said a company statement.

The meeting between the two ships must take place on the night of March 26, "off the coast of Panama." Rotterdam travels with 611 crew and without tourists.

The AMP warned that when this occurs, the landing of passengers and crew from Zaandam will not be allowed.

Zaandam set sail on March 7 from Buenos Aires, Argentina, and its final destination was San Antonio, Chile. Now the plan is to take it to Fort Lauderdale, Florida, but first it has to get permission to transit the canal.