Martinelli urged to face up to trial 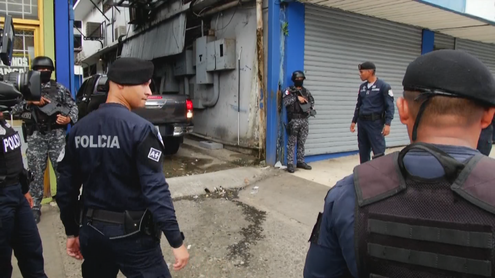 While Former president Ricardo Martinelli was heading for court-ordered psychiatric evaluation after defense lawyers tried to delay his trial with a  last-minute medical certificate  Panama’s  Attorney General of Administration, Rigoberto González urged him, to face justice like a man and not shirk the trial for illegal snooping and embezzlement.

The prosecutor's reaction comes after the defense presented on Tuesday, during the trial, a mental health disability certificate for March 9 to 31,  issued by private psychiatrist Frank Guelfi after a visit to El Renacer prisons said. He reported that Martinelli experienced anxiety, cried and thinks about suicide.

If Martinelli 67,  is found guilty he could face 21 years in jail

The trial court suspended the hearing and ordered Martinelli to be referred to a mental health doctor from the Institute of Legal Medicine and Forensic Sciences to corroborate or object to the opinion of the psychiatrist Guelfi.

When the court has the result of this forensic evaluation, it will be decided when the trial will be resumed.

"Mr. Martinelli was president of the country, and as an ex-president, he must send the message that he is in the ability to face the system of administration of justice, without being in this dilatory situation, even when he has the right to defend himself," the prosecutor said.

González recalled that when in 2009 the  Supreme Court opened a trial, along with the then Attorney General Ana Matilde Gómez, for alleged overreaching of functions, she confronted the case with nobility.

Gonzalez said n that sense, he stated that the message sent to citizens with these delaying tactics during the process is something that distorts the "responsibility" that a public servant has since they must answer for their actions.

In 2015, the Supreme  Court opened a criminal case against Martinelli for wiretapping.

The former president was extradited from the USA in June 2018 and in December of that year, the Court declined jurisdiction of the trial following the resignation of Martinelli as a  deputy of the Central American Parliament.
Meanwhile, Martinelli is planning to run for mayor of Panama. with a self-described "sexual buffalo" as his running maye
ricardo-martinelli rigoberto-gonzales psychiatric-evaluation
Share
Previous Post
Door to new normal begins to open - you can get a haircut, buy a car
Next Post
New US head of mission has Panama track record