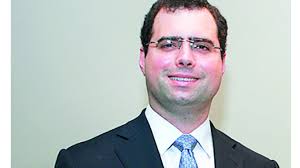 Panama’s   Supreme Court has ruled that no constitutional guarantees or due process were violated for  Ricardo Alberto Martinelli Linares - son of former President Ricardo Martinelli - as part of the investigation that is followed by the bribes paid by the Odebrecht construction company in Panama.

The magistrates of the Court reached the conclusion by rejecting in  August an Amparo of constitutional guarantees brought by the defense of Martinelli Linares.

Carlos Carrillo, a lawyer for the son of the former president, attacked a decision of the Twelfth Criminal Court, which agreed to incorporate the Ministry of Public Security as a complainant in the bribery process.of the case, since in the criminal conduct investigated there is no injury against state property.

First, Carrillo filed a constitutional guarantee protection before the First Superior Court of Justice, which rejected it. Then, he appealed to the full Court.

Martinelli Linares, who has not personally appeared before the process is investgated 80 other people for the bribes that the Brazilian construction company Odebrecht paid in Panama to get contracts with the State. The case is for alleged money laundering

Panamanian authorities are seeking  his extradition from the United States.