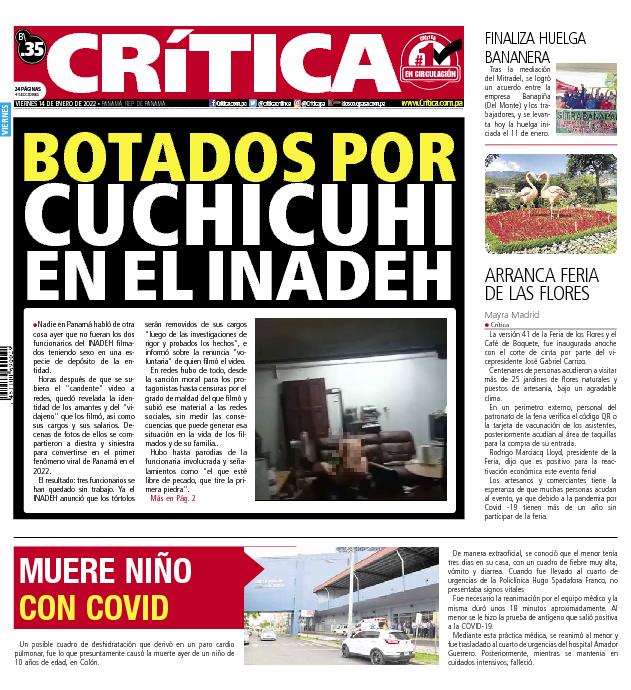 Ricardo Martinelli filed a criminal complaint against former deputy José Luis “Popi” Varela, for alleged simulation of punishable acts and slander, in which he asks for compensation of $300,000.

The action was presented two days after Varela, in turn, denounced Martinelli, after he insulted him and assaulted him after giving evidence in the wiretapping trial of the former president the attack. Varela is a witness for the Public Ministry.

Martinelli filed the complaint against Varela because, according to him, he denounced him "knowing that there is no crime and that no harm has been caused to him."

The former president would be contradicting himself since on several occasions he has acknowledged having beaten Varela. Even this morning, before entering the trial, he again referred to the "punch" that he "put" to Varela two days earlier said La Prensa

Martinelli asks that, as evidence, his lawyers Yessica Canto and Shirley Castañeda, who were present at the brawl with  Varela as he left the court, be interviewed. Both lawyers even dedicated various epithets to the former deputy reports La Prensa,  Among the evidence, they provide -among other elements- the complaint presented by Varela and the statement issued that day by the Judicial Branch, to clarify that the fight did not occur in the presence of the three judges of the trial court or in the courtroom.  The events, as well documented by the media present, occurred in the corridors of the First Judicial District, in Plaza Ágora, and in the parking lot.