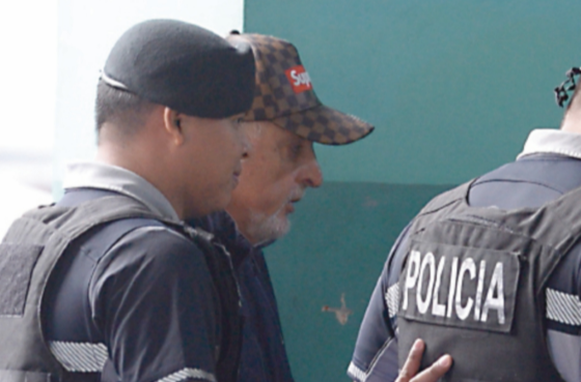 Aurelio Vásquez.The state prosecutor against Organized Crime,  handling the case against former president Ricardo Martinelli, accused of illegal spying on over 150 political opponents says he does not understand the  "epic expectations" of the defense team.

Led by Sydney Sifton they have been trumpeting to media their progress in the closed   oral trial of Martinelli,  which was due to resume at 9:00 am, on  Wednesday but it was elbowed aside by another high profile case and  finally started at 11:35 am,  in another room, with the cross-examination of the expert Luis Enrique Rivera Calle, chief of Informatics at the Institute of Legal Medicine and Sciences Forensic (Imelcf).

On  Tuesday, when questioned by the defense, Rivera Calle warned that he was not responsible for the chain of custody of the evidence that was extracted from the computers of the National Security Council in August 2014, as it had been violated. However, the expert has recognized all the digital evidence -audios, videos, images- that have been presented so far in the process.

"He has said some things that the court definitely has to ponder and have to ponder that he has certified that all his work was focused on the information he did as an expert," said Prosecutor  Vásquez.

What was declared by the expert will be later contrasted with the testimony of the victims of the illegal espionage of the National Security Council and the does not understand the " the epic of the expectations so high" that the defense has predicted will occur with the testimony of Rivera Calle.

"I would like to see how the court will evaluate when the victims come and say 'yes, that's mine, and that, why did I have to be in the Security Council?' And we are talking about victims who are not necessarily related to each other, it is there where the court has to grasp the veracity and the accreditation of the expert, "reports La Prensa.said the prosecutor.

The defense team of the former governor was "triumphalist" on the afternoon of Tuesday, May 14 at the end of the trial session.

According to Sidney Sitton, Martinelli's lawyer, Rivera Calle "did not hide anything" and revealed how he was "pressured" and that he received "instructions" to do his job as an expert reports La Prensa.

The prosecution, meanwhile, warned that "there is still a long way to go in the process."