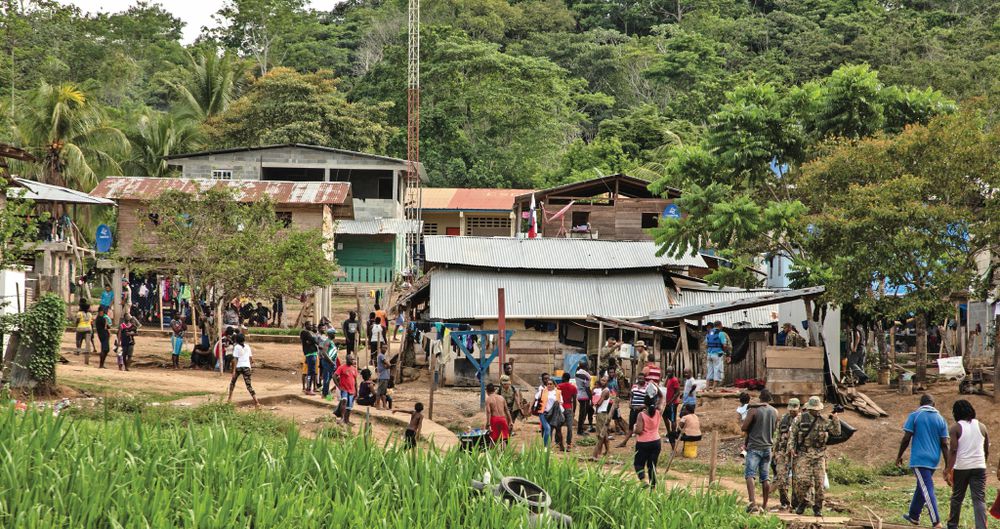 The flow of irregular migrants through the Darien Gap fell to a trickle in  January of this year with the daily average down to 140  from  2,400  between  June and October last year a  fall of 94% in those seeking a new life in the United States or Canada.

Foreign Minister Erika Mouynes said at a Tuesday press conference that the Panamanian authorities are " cautiously optimistic” ….we are closely following the evolution of the profile of irregular migration,"

In January, a total of 4,708 people passed through Panama, in transit.

Mouynes attributed the decrease, among other factors, to the diplomatic and security efforts made by the national government.

Oriel Ortega, director of the National Border Service, said that the high numbers experienced in 2021 could be due to the months that the borders in the region were closed due to the pandemic. When opening them, there was a high flow of migrants seeking to continue their journey.

In addition to a marked decrease in the number of irregular migrants seeking to enter Panama to transit north, there is a demographic change. In 2021, the predominant nationality of the migrants was Haitian. Now, Venezuelan predominates.

Currently, some 780 migrants are in transit in Panama, of which 50% are already in Paso Canoas, in Chiriquí, awaiting passage to Costa Rica.

Security Minister Juan Manuel Pino stated that last year, a thousand people entered Bajo Chiquito every day. On the contrary, in January of this year, only two people entered through this point. The Minister of Public Security also said that now the new routes are through Canaán Membrillo, on the Atlantic side of Darién; and Jaqué, in the Pacific.

"We launched an unprecedented diplomatic strategy," said Mouynes, adding that cooperation between countries in the region has been key to dealing with the migration crisis that Panama was experiencing.

The cost factor
The amount disbursed by the Panamanian state in 2021 to deal with the migratory situation in Darién was approximately $45 million which includes supplies for shelters, food, and medical equipment.

Pino stressed that "Panama has special humanitarian treatment and is distinguished from many countries." He added that there are many aspects that add up to being able to treat these people correctly.