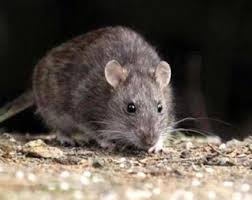 With Carnival 2019  set to begin on Saturday, March 2 the health authorities in Los Santos, a major center of the annual celebration, have asked the population to take extreme hygiene measures to avoid contagion from the hantavirus, which last year left three dead in the province and in 2019 has already affected 13 people.

Leyla Sánchez, medical director of the Joaquín Pablo Franco Sayas hospital in Las Tablas, pointed out that every year when the Carnival arrives, the people of the municipality risk protecting themselves when they clean their homes, especially those that have remained closed throughout the year.

Sanchez said that the closed houses can have urine and excrement of mice related to the hantavirus, as well as bat residues. Therefore, the villagers should take all necessary measures to avoid affecting their health.

She noted that Sánchez since Las Tablas does not have enough lodging for all the people who arrive at the Carnival stay in some resort to using tents.

Cleanliness
People who are forced to use tents should maximize cleanliness in the places where they install them, to avoid health complications the official reiterated.

Sanchez said that everything indicates that for 2019 the number of cases is less but she stressed that when the dry season arrives, mice who carry the virus migrate to homes in search of food.

The hantavirus has very ambiguous symptoms that in the first instance are confused with a flu-like condition that includes muscle pain, fever, and headache.