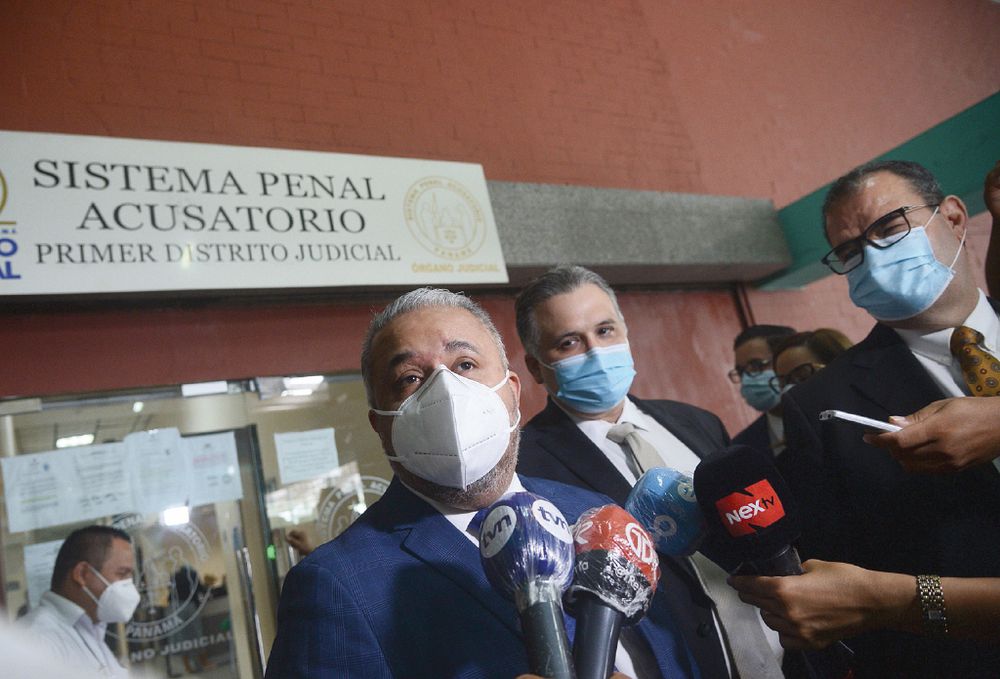 Ex-President Ricardo Martinelli (2009-2014) is now trying to reverse the ruling of November 20, 2020, that annulled the trial in which he was found not guilty in 2019. The move is considered a stalling tactic to avoid a retrial

His defense presented before the Court protection of guarantees against the ruling of the Superior Court of Appeals. Lawyers for the victims of the wiretaps believed that it was a delaying tactic to prevent the new trial on June 22.

Constitutional guarantee protection that seeks to reverse the decision of the Superior Court of Appeals of last November 20, 2020, that reversed the ruling of a trial court that declared Martinelli not guilty of alleged illegal wiretapping ('punctures') was presented before the Supreme Court..

The appeal, promoted by Carlos Carrillo, of Martinelli's team of lawyers, on December 22, seeks to nullify the ruling endorsed by magistrates Donaji Arosemena and Yiles Pittí, which annulled the favorable ruling to Martinelli of August 2019 and ordered a second trial.

The Amparo, which is in the hands of Judge Maribel Cornejo, implies that the new trial of Martinelli, set for June 22, could not take place until the Court decides it.

The appeal argues that magistrates Arosemena and Pittí violated Martinelli's fundamental guarantees by entering to resolve substantive situations of the process and that they included in their decision situations that, according to this thesis, were not raised in the appeal for annulment presented by prosecutor Ricaurte Gonzalez.

It also points out that in the annulment appeal the crimes for which Martinelli should have been convicted were never specified. In addition, he only referred to the fact that the evidence presented was not evaluated by the trial court.

Meanwhile, Carlos Herrera Morán, the lawyer for Balbina Herrera and Mauro Zúñiga, argued that the Amparo is a strategy so that the new trial of Martinelli is not held on the scheduled date.

Meanwhile, David Cuevas, Rosendo Rivera's lawyer, said he did not know the content of the appeal, but also considered that it was a delaying strategy

I get paid over $87 per hour working from home with 2 kids at home. I never thought I'd be able to do it but my best friend earns over 10k a month doing this and she convinced me to try. The potential with this is endless .here.....http://www.bizsalary.cf

Panama: Former President Martinelli Delay Tactics A-Z. Martinelli Lawyers Delay Tactics Playbook: 1. Claim health problems. 2. Claim mental health for incompetence. 3. Absence from court to exercise rights... - deliberately made to claim rights not exercised. 4. Use status as Parlacen deputy not exercised in duty to switch the Panama court system for further delays...complications. 5. Intimidate and threatens judges, prosecutors and witnesses in various ways. Examples: a. Judge did not hear all my claims for a fair trial. b. Judge did not dismiss case that was already decided for dismissal before appeal. c. Judge did not let me know the names of witnesses. d. Judge is looking at evidence of too many allegations. e. Judge allows too many prosecutors against my battery of lawyers...not fair! f. Judge does not understand its...ALL...political persecution. g. Judge does not understand I could die of cancer and stress at any moment. h. Judge cannot place guarantees against me...I was the former president of Panama! i. Judge cannot find me guilty...he cannot find my Pegasus spy equipment, no evidence. j. Judge has to declare my case a mistrial for public prejudice. k. Judge has to declare time served for all my confinements during house arrest. l. Judge should give me clemency for a...(rich)...old man. Who is going to pay for my mansion in U.S.A. Florida if I am sentence to unbearable conditions in prison for all those years...2-3 years max. Who is going to hold my new form political party while I am gone. Who is going to pay me all that money that is owed to me...($100's millions)... if I am locked away with a bunch of poor Panama suckers! This is your new former Panama president attempting to provide... juicy hams for your votes on the next campaign election trail. Ham and eggs... A La Martinelli...Italian Mafia Style...try it you'll like it!