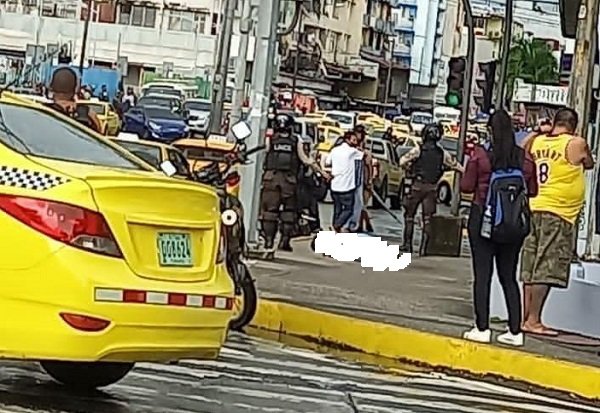 Two men who had served time for gang membership were gunned down by hitmen in  Plaza Cinco de Mayo near the  National Assembly at  2 pm  on Wednesday, September 15.

Witnesses said both men were shot in the head and the killers left the bodies on the pavement and fled in a  black pickup.

According to preliminary investigations, the deceased resided in San Miguelito and had received sentences for gang activity.

On September 4, a shooting on the Fernández de Córdoba road left two wounded, one of them seriously, who later died in hospital.

Both the police and judicial authorities justify the increase in these shootings with acts related to organized crime, especially drug trafficking.

George do you have an original thought or just the mindless crap you post?

Panama: Buildings appear ready to collapse... background. What ever happened to... former president Varela Colon Renovation Project? Last I read... State provided small cubic space apartments. I could tell the tourists were not impressed. It looked like a prison.

Panama: Gang Killings Code of Silence and Murder. Gang members understand the code but are not well trained. Capture is the ultimate failure and gangs do not support failures. Too many gang members with killing reputations regardless will eventually get caught. Paranoia drugs among a gang's leader means death for those captured with too much information. Gang members at the elite's higher-class levels such as head bankers are spared. Things to know, the hidden truth and the happy comfort of money: Gang members know secrets... 1. Where is the real stash (illicit drugs) in the Expansion Canal with thousands of packs! 2. Who knows where the real stash is located and how many run this particular operation? 3. Where are the fake sniffer drugs and the real ones? 4. Who are involved in the underground operation within the Panama National Assembly? 5. What are the payouts and who collects and when? 6. When is the next batch of container of $100's of millions of illicit drugs getting through? 7. How many gangs and members are actually involved in preplanned deceptions with... front men operators. 8. Who finances the code named underground illicit drug operations? Members of P.N.A.? 9. What battery of gangs lie in waiting to do armed conflict with police? 10. Is there a gang pact society with the Panama government to reduce casualties? 11. What does the Panama minister to control crimes really know? We have it under control?! 12. Which gang members are in charge of the payout bribes and to whom? Panama gang members simply shakes a hand with a powerful Panama political leader and there is bound to be out of context statements implicating a corrupt gang activity... blackmail! Threats of family member hostages... most likely means... Political / Gang negotiations! Bad company more corruption at every society level. Gangs want the right to vote for a Panama president with their own... Legal money launderings. Why? Because influence... bribery... blackmail... secrecy... numerous trained killer gang members instill fear and means absolute power! Gangs, corruption and street homicides controls Panama and the government!