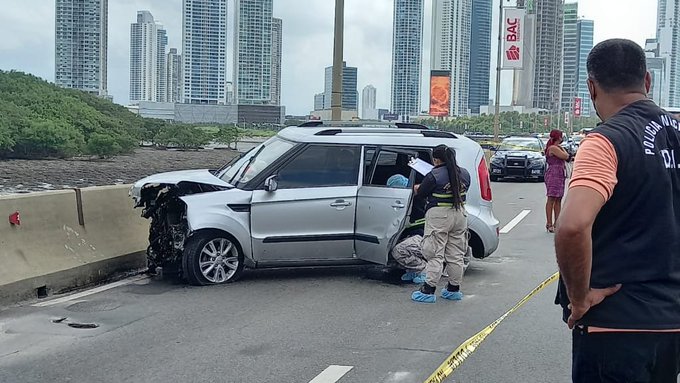 A shooting on the Corridor Sur during the Thursday morning rush hour with witnesses reporting that when the targeted vehicle hit by eight rounds slammed into the guard rail armed men retrieved a suitcase and fled.

When the police and an ambulance arrived they found the woman driver unharmed but they also  five bags with 58 packages of an alleged illegal substance The Public Ministry reported in the afternoon of this Thursday, May 13 Office sent the investigation into to the Drug Prosecutor's Office, and a Colombian woman has been arrested

and will be taken before a judge of guarantees to impute charges.

Drivers from the eastern sector of Panama complained about the roadblocks on the Corridor Sur, José Agustín Arango and Domingo Díaz roads.