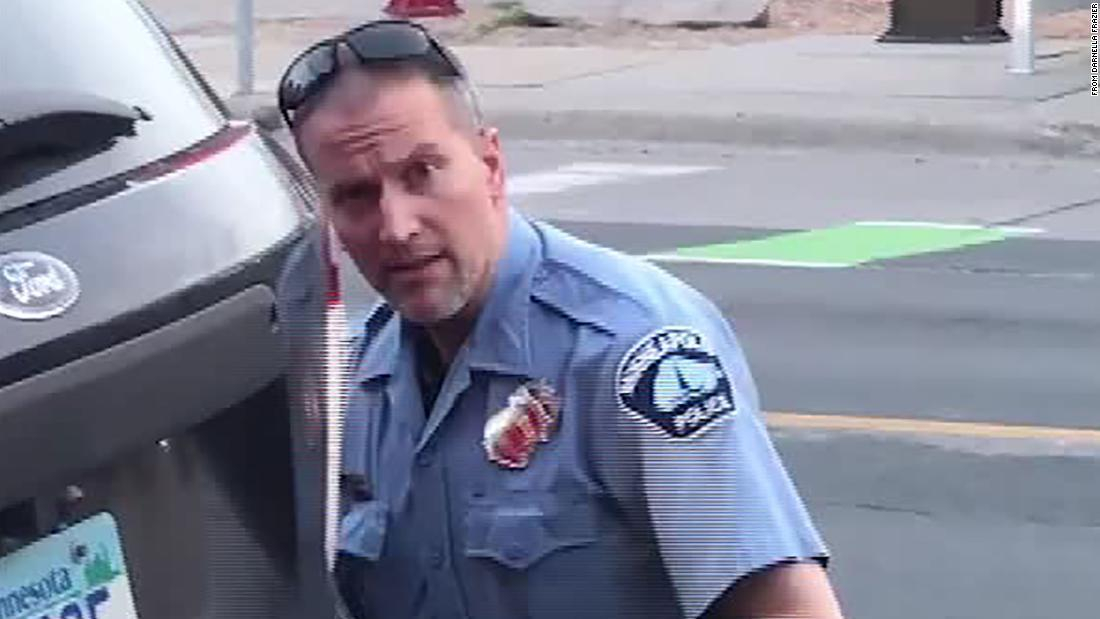 AFP - A judge o Wednesday established several aggravating circumstances against white police officer Derek Chauvin, convicted of the death of black citizen George Floyd paving the way for the imposition of a harsh sentence in the case that shocked the United States and crossed borders.

In a resolution released on the day, Magistrate Peter Cahill, who must deliver a sentence on June 25, lists four factors that will allow him to free himself from the current range of penalties in the state of Minnesota, according to which Chauvin faces 12 years in prison.

For the magistrate, the police officer involved "abused his position of trust and authority"; "treated George Floyd with great cruelty"; he acted violently in the

presence of four "children" and "committed his crime in the middle of a crowd" of people and placed him face down on the ground. Chauvin knelt on his neck and held the pressure for nearly ten minutes, despite pleas from the suspect and bystanders.

Images of the event were disseminated on social networks, which generated massive protests in the US and several other parts of the world, in a reaction against racism and police brutality.

Chauvin has been in jail since April 20 and three other officers who were present at the scene are facing charges.

Yep...Ajd....looks like a redneck peckerwood convention on this story. And by the way....according to these morons, white supremacy doesn't exist and not a domestic terror threat in the US, contrary to the FBI assessment.

Tomcat suggests that blacks are allowed to attack others "with impunity". Well just look at the treatment of blacks during last summer's demonstrations. Then look at the way the marauding white people were treated on Jan 6. That was surely unprecedented special treatment that was never and would never be afforded people of colour. Even now many of those same marauding white people will see no consequences for their actions. Only in racist america. It never ceases to amaze me the depth of the ignorance and blatant racism of some of the white race displayed on this site. So typical though.

It is absolutely no longer surprising that the level of openly displayed racism by white people is now a daily occurrence. The orange idiot has empowered all the insecure small-minded right wing nutjobs. The comments made on this site about black people are ironically so myopic and at the same time so stereotypical of the times in which we now live. The ignorance of these idiots is bottomless. According to them, blacks are marauding animals and a blight on the land. Just like those insanely partisan repub congressmen who spout their lies and ignorance about the Jan 6 riots, they do not see the hoards of marauding white crazies attacking the capital. White america is fighting for its life in a losing battle. Voter suppression and continued efforts at the disenfranchisement of millions are the last gasps of the racist majority that is fast transitioning into the minority. Read again the rantings of the preceding bigots and appreciate that they are simply mindless lemmings who spew racist regressive views that expose just how small-minded low information idiots react to reality in these days of incessant lying and insanity on the right. America and americans are on a path to implosion. Any election that the right will lose in the future will be deemed illegitimate by the right. Continued chaos is inevitable as white people vainly exercise their "god-given" right to feel superior. That was a joke by the way!!! A sad joke.

Here the blacks are allowed to attack people with impunity and if they are caught, rare, they are not charged but released by the Democrat district attorney. So far the people here aren't liking "equity" very much. Concealed carry is a necessity now.

Avoid areas with blacks! Packs of Feral Negroes now roam the streets of all major blue cities in the United States.

Excellent point Observer Blacks are notoriously violent. The attacks on Asians by blacks right now are just unbelievable. Even a group of 11 year old black boys mercilessly beat an 80+ year old Asian man. There's a reason that gun sales are at an all time high!!

"poor officer!!" Just wait until he gets inside among the black prisoners.

He will be getting a new trial. I hope his attorneys are smart enough to look for people who will do jury nullification. This poor officer was railroaded.