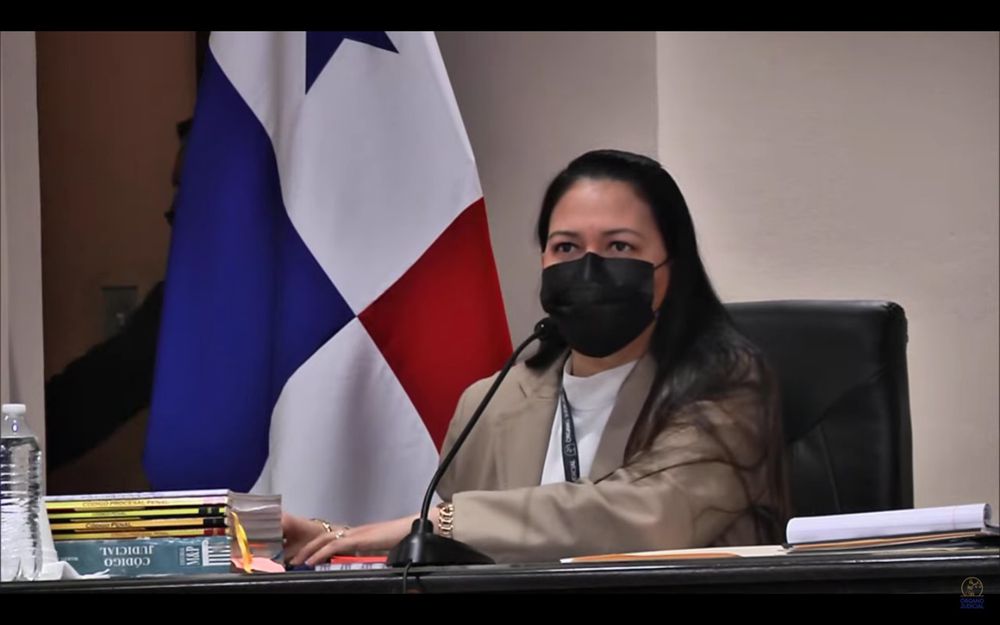 The preliminary hearing of the Odebrecht case, in which 49 natural persons and one company are charged, has had as its object the prosecution of a single crime: money laundering writes legal analyst Rodrigo Noriega in La Prensa.

Despite the impressive presence of defense attorneys in the case, there are particularities of the crime of money laundering that differentiate it.

In a ruling of the plenary session of the Supreme Court (CSJ) dated October 16, 2014, then magistrate Harry Díaz expressed in his presentation that: “According to the base criminal type of the crime of money laundering. Any person can be the author of an offense of this nature, as it is an undifferentiated active subject crime, as long as the elements of the crime are combined: 1. The intention to carry it out or representation of the realization. 2. Knowledge of the criminal origin of the assets subject to money laundering. 3. Performance of the behaviors provided for in article 254 of the 'Criminal Code.

The crime of money laundering is autonomous, that is, it does not require a final conviction for a previous crime in order for criminal conduct to be verified. The jurisprudence of the CSJ has been consistent in this interpretation.

In a ruling of the Second Criminal Chamber of the CSJ on January 24, 2005, with the presentation of Judge Aníbal Salas Céspedes, it is stated that: “... the crime of money laundering is a type autonomous penal…”

Another example is the decision of the Second Chamber dated June 4, 2012, with a presentation by Judge Luis Mario Carrasco, who stated: "Regarding the full accreditation of the previous crime, the jurisprudence of this Chamber has inclined to consider that this is not necessary. The position is due to the complex range of relationships that take place in the criminal management of money laundering and that the legal asset that is aspired to protect is that of the national economy.

Judge Ayú was rapporteur of a ruling of the same Chamber, dated November 27, 2014, in which the consideration that the Court has had of money laundering is reiterated: "The crime of money laundering, pursues the performance of financial and commercial operations, with the purpose of granting illicitly acquired assets a lawful appearance, attacking the national economy, as a protected legal asset. The highest body of justice, via jurisprudence, has indicated that it is autonomous conduct that does not require a conviction for a previous crime to constitute an indication against the accused; however, evidence is required to allow the existence of a prior offense to be deduced…”.

Burden of proof
The Court abounds in jurisprudence that has maintained the same line of interpretation on this crime. However, there is another peculiarity of the criminal type that makes it even more interesting: the reversal of the burden of proof.

In the vast majority of crimes, the criterion is applied that either the prosecution or the complaint must prove, beyond doubt, the commission of the punishable act. This is the presumption of innocence at its best.

There is a family of economic crimes in which once the Public Ministry provides significant evidence of criminal conduct, it is up to the accused person to demonstrate the legality of their asset management. These crimes are tax evasion, illicit enrichment, and money laundering.

Thus, the CSJ has ruled repeatedly on this criminal procedural criterion with rulings of the Second Chamber, such as the one given by Judge Jerónimo Mejía on June 16, 2014, which states: “…besides that in the crime of money laundering, the burden of proof is reversed and it is the defendant who must demonstrate the legality of the funds he possesses”.

Judge José Ayú Prado  said on November 27, 2014, in his speech, in a ruling by the Second Criminal Chamber: “...Although, in cases of money laundering, the charge of the evidence is inverted, this is not an obstacle for the investigating officer to carry out the necessary procedures, in order to obtain those elements of evidence that distort the exceptions that the defendant could offer in this regard.”

These two major criteria, that of the autonomy of the crime of money laundering and that of the reversal of the burden of proof thereof, must be part of the first-level considerations that Judge Baloisa Marquínez,  must make to issue a summons to trial. If a trial is held, these two criteria will be the subject of discussion that will accompany the case until its final outcome. money laundering is not just any crime, and this case is not just any litigation.

The rulings outlined are part of the study: "Extracts of doctrine and jurisprudence on money laundering for the Republic of Panama", prepared by Grisell Mojica Aguilar and Monique Polanco; with the collaboration of Barzy Hernández. This study was conducted for the United Nations Office on Drugs and Crime, Interpol, and Transparency International.