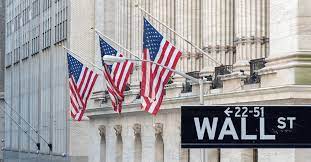 The Joe Biden Administration has failed to stem the inevitable rise in wealth among America's billionaires.

In their first 100 days in office, and despite the noise generated by the famous tax hike for the rich, according to a Bloomberg analysis, the 100 richest Americans added a combined $195 billion to their fortunes.

The most recent gains have been driven by the continued rise in the stock market since Biden took office on January 20, along with the rapid rollout of the vaccination program and a $ 1.9 trillion government stimulus package. During this time, the S&P 500 and Dow Jones indices have risen more than 10%. Attempts like Biden's to revive the economy could push income and wealth to the top, said Mike Savage, a sociology professor at the London School of Economics.

Since the financial crash of 2008, we've seen that paradox with quantitative easing, which has primarily benefited people with assets, inflating their value significantly, Savage said.

Between the 2020 election and Biden's inauguration, the richest 100 added another $ 267 billion, which equates to a total gain of $461 billion as of Nov. 4. In 2017, from the inauguration of Donald Trump, to last fall's election, those billionaires made about $ 860 billion richer.

The combined fortunes of the 100 richest Americans total $2.9 trillion, that's more than the combined wealth of the 50% of the poorest population in the United States at $2.5 trillion, according to Federal Reserve data.

The rise has largely been fueled by an explosion of wealth among a handful of ultra-billionaires. Since Election Day, the 10 richest Americans have totaled $255 billion, bringing their combined net worth to $1.2 trillion.

The biggest catalyst for this rise in wealth has been tech companies like Amazon.com Inc., Facebook Inc. and Alphabet Inc.'s Google, which benefited from the surge in online activity during the coronavirus pandemic. In the past 12 months, the FANG equity index has risen 94% compared to the 45% advance of the S&P 500.

Amazon founder Jeff Bezos, the world's richest man, has made $ 1.7 billion rich this year, according to the Bloomberg Billionaires Index, adding to about $120 billion of wealth gains during the presidency of Trump. Just yesterday, Mark Zuckerberg's net worth rose $8.1 billion thanks to Facebook's first-quarter results, while Tesla Inc.'s Elon Musk's wealth has grown by $5.1 billion since January.