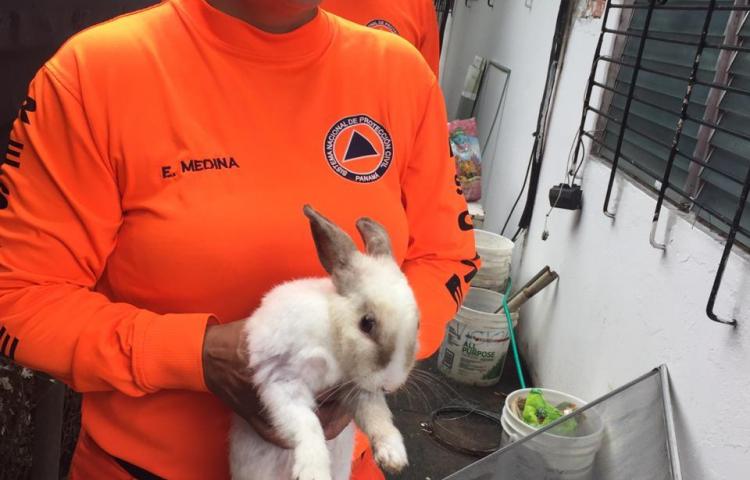 Staff of the National Civil Protection System (Sinaproc) accompanied by  National Police officers and Panama City authorities arrived on  Wednesday to rescue animals from a residence in Altos del Chase where earlier in the week 17 victims of human trafficking had been freed during a raid by the First Prosecutor's Office Against Organized Crime. Several dogs and a rabbit who had been locked in rooms were taken a veterinarian for evaluation.