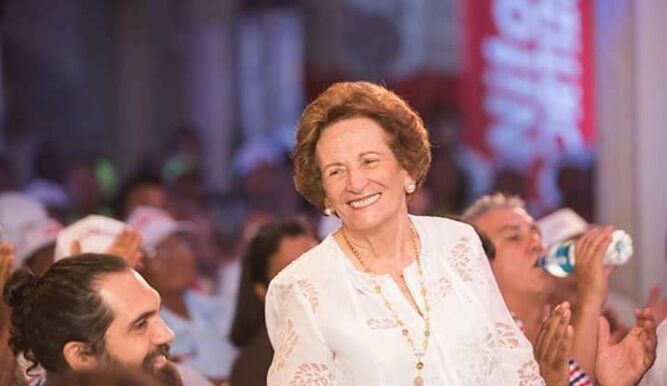 Susana Richa de Torrijos will be 95 this month

A 94-year old  former Deputy of the ruling Democratic Revolutionary Party (PRD), Susana Richa de Torrijos has defended herself against accusations after  she was named an advisor to the Ministry of Education (Meduca) with a $4,000 monthly  salary

She said through her Facebook account that she accepted the appointment, as she has 70 years of experience in the country's education sector.

“It goes without saying that it is in the public domain, in the professional field of education and in the political field I have never held a position without earning, in full, the salary and this will not be the exception ”, she wrote.

She also described as false the first indications about her s age and the salary he would be earning in Meduca.

“I begin by indicating that the vertiginously stated in the social networks that I have been appointed as a consultant with a salary of $7,000 and that I am 93 years old is false. The salary is $4000 and I am about to turn 95 this October, ”said Richa de Torrijos.

In the  Facebook statement, she said that all her salary will be donated to contribute to works of social interest that in the district of La Chorrera, to which she has been linked for over  30 years.