65,000 pairs of rubber booties help kids get to school 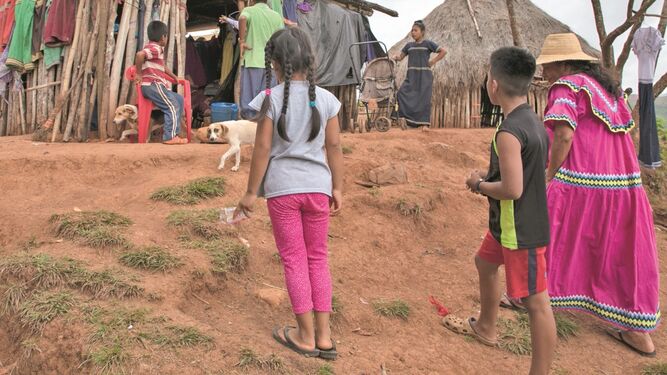 The Panama Government has begun the distribution of 65,000 pairs of rubber “booties” for students in hard-to-reach areas of the Ngäbe Buglé Region.

According to the Ministry of Communication, the distribution fulfills the  "commitment" of President Laurentino Nito Cortizo to provide students with the implements to attend classes

The office said that an inter-institutional government team moved to the Ngäbe Buglé region to make the first delivery in schools in the Ñokribo region, an area that can only be reached by air and sea.

“President Laurentino Cortizo Cohen and his government team have a clear purpose, to work for those who need it most. The delivery of these booties reaffirms our commitment to education; one of many promises that the President is keeping, "said Yaizeth Terán, social secretary of the Presidency of the Republic.

Braulio Palacios regional director of education of the Ngäbe Buglé Comarca, , said that this is the president's commitment "to do justice to thousands of children who need it so much."

Share
Previous Post
Door to new normal begins to open - you can get a haircut, buy a car
Next Post
New US head of mission has Panama track record

$100 / pair ?? Wont know the cost until the next administration