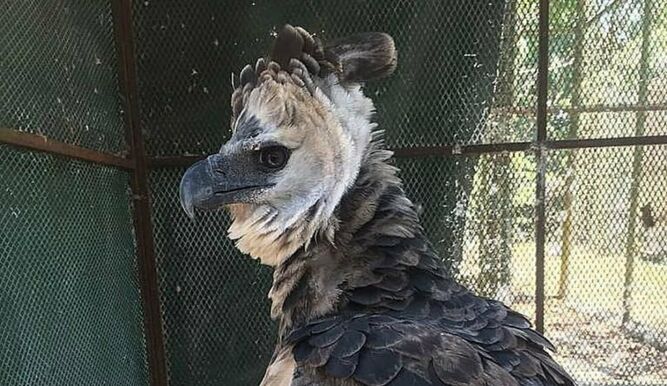 The Anti-Corruption Prosecutor's Office has opened an investigation into the theft of a harpy eagle from the Summit National Park and the National Police have offered a reward of$ 5,000 to anyone who provides information to help recover Panama’s national symbol.

Prosecutor Ruth Morcillo indicated that the proceedings are in the hands of the primary care section of the Anticorruption Prosecutor's Office. “It would appear that a hole in the fence was not big enough the bird to leave naturally," said Morcillo.

The complaint was filed with the authorities by a veterinarian who works at Summit Park after the bird disappeared at the beginning of July.

The female eagle  had been rescued in t January in the area of ​​Nombre de Dios, Colon, after being wounded with a firearm, and moved to Summit Park by the Ministry of the Environment.