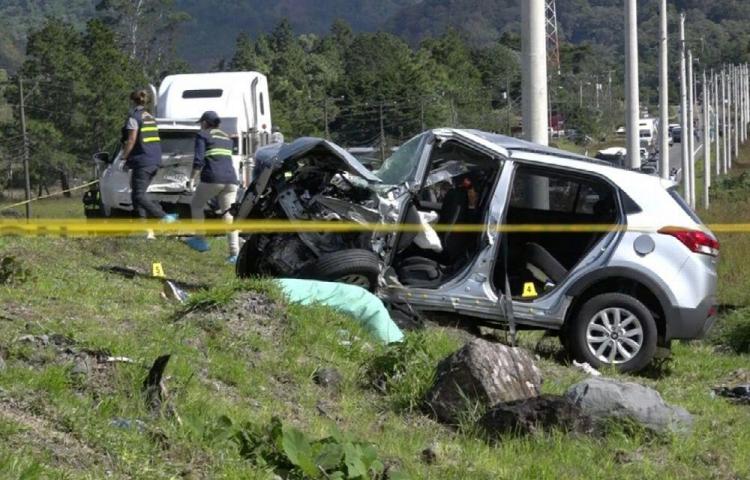 A triple vehicle crash in Chiriqui

Three people lost their lives and 11 were injured in traffic  incidents on Saturday, November 30

Police sources that the car driven by the victim slammed into the back of another vehicle and crossed the road into the path of an ongoing truck that was overturned.

Nine people were in injured in the incident.

According to National Police, there have been 43 deaths from road accidents,  in Chiriqui so far this year, 18 fewer victims compared to the same date in 2018.

The day’s carnage ended at 11 p.m. with the death of a pedestrian hit by a delivery truck on the Transistmica highway in Panama
highway-deaths
Share
Previous Post
Firemen rescue two dangling 34 floors up
Next Post
Corridor Sur drug robbers missed 58 packs