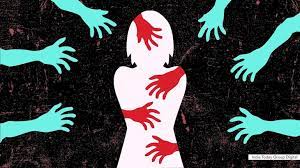 The National Assembly has in its possession, information that migrants who cross the Darien Gap are victims of sexual abuse.

Deputy Elías Vigil, who chairs the sub-commission formed by the Assembly to analyze the complaints, assured that migrants are denouncing that those who abuse minors and adult women are indigenous.

“That is painful because they are minors from 5 to 8 years old until 15 years old. Wives who come with their husbands are raped in front of their partners. This is worrying, "said the deputy.

The deputy explained that the migrants report that the abuses are committed by groups of people.

Official figures speak of 20 rapes, but the doctors in charge, according to Congressman Vigil, handle a report of up to 170 rapes in two months.

Migrants who are only passing through Panama do not want to file complaints because of the paperwork and embarrassment. In addition, they have the objective of continuing their way to the United States.

“Something must be done. We cannot remain silent ... (and let this go) unpunished, "said Deputy Zulay Rodríguez.

Panama and Colombia established a daily flow of 650 people to cross the border of both countries.