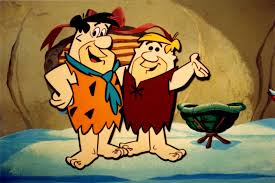 It seems that they do everything possible so that the project is rejected when it has to be approved in a referendum. That means we will have to keep what we have. And whatever the scenario, it implies setbacks. But, maintaining the current one, at least, we will not jump into the void.

Let's examine one of the proposals. It was approved last Thursday, amid smoke bombs. The proposal was to modify article 4 of the Constitution, which currently says: "The Republic of Panama complies with the norms of international law." The new thing is that they add a few words that have an unprecedented impact. The new article would say the above, but with the following addition: "... however, the superiority of national law is recognized."

With less than ten words, Edison Broce, Zulay Rodríguez, Leandro Ávila, Corina Cano and Héctor Brands, among others, intend to convert international treaties into norms that may or may not be fulfilled, given that Panamanian law would be above international.

We would not know, for example, the decisions of the Inter-American Court of Human Rights if we felt like it, because the local decisions have superiority.

Nothing would force the State to pay compensation or abide by its judgments. This is comparable to a tacit waiver of those treaties.

The last link of justice to which Panamanians have access - the Inter-American Court - would be cut off by a mob of unscrupulous robbers, whose consequences are unlimited and unknown, although we can be sure that it will not be good for the country, as we would be isolating from the world

I simply cannot believe that these changes are made without measuring consequences. Precisely, to know them, I am inclined to think that there is a deliberate desire for these reforms to fail even before their birth. These are experienced deputies, with knowledge on the subject, and whose main function is to create and pass laws. There can be no supine ignorance when we all know that they do not take a step without knowing where they will take the next one.

I conclude that the reform process is an unforgivable waste of time. It is the unconfessable desire that things remain the same or make the President look bad because the deputies well know that reforms such as these, and others equally crazy, are the unquestionable guarantee of its amendments rejection.

Panama | National Assembly 'Mission Impossible' To The Possible...A Prediction. 1. National Assembly goal is to get re-elected. 2. N.A. lead man (former president R. Martinelli) demonstrated the way to illicit fortune. 3. N.A. democrat change party is conformed into the 'UNITY' movement. 4. N.A. has their $300 thousand cap for tax evasion investigation...leads to the Grey List. 5. N.A. will soon have (their) new General Comptroller. 6. Panama has no separation of powers and maintains political status quo...impunity. 7. Panama state funds totally controlled by the National Assembly... takes care of the poor during election campaigns. 8. Panama N.A. must compensate for damage done to their unaccountable practices...($$$). 9. Panama N.A. assembly president must shake hands with China diplomats...again...($$$). 10. Panama needs another $500 million to renovate Panama slums...(?) 11. Panama will need to find another way to please China...$50 million restaurant did not work out. 12. China may propose Russian peace keepers around new China headquarter...Prime Real Estate. 13. Panama climate change will cause loss of revenues...$100's million...China to the rescue. 14. China predatory lending...the moment they were waiting for. 15. Panama political scene changes for the worst with more Russian reinforcements. Constitution reforms is only part of the picture, but does allow separation of powers to conform with China and the Russian influence. China will provide an economic loan to Panama and essentially own Panama in their geopolitical interest. Panama would be to far gone by then, it is only a matter of time. Facts leads to this - PREDICTION!