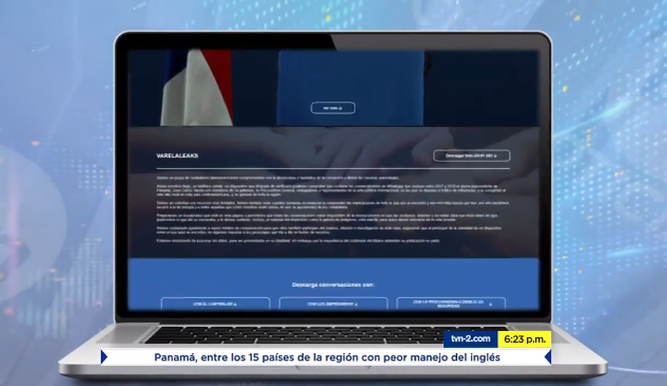 The National Council of Journalism (CNP) and the Forum of Journalists demanded respect for the role of the media, after leaking conversations of former President Juan Carlos Varela called "Varelaleaks".

The unions have indicated that this revelation leaves great weaknesses of our institutions bare, reports TVN News

" In this radiography, the relationship, sometimes tense, between the political power and the media, has also been exposed, demonstrating the fundamental role played by the free press in a democracy, " said the statement.

According to the CNP and the Forum of Journalists, the situation requires an energetic call to officials and former officials of all levels, to understand and respect the work of the media.

" The duty of journalism is to report rigorously and independently the facts of public interest, avoiding taking sides in personal disputes, policies or partisan agendas," both journalistic associations stressed. Meanwhile, they have claimed the right of citizens to express themselves, especially through social networks, without fear of being persecuted from power.

" A society that does not respect freedom of expression and whose authorities promote vilification, offense, manipulation and intimidation, is a society that cannot move to the first world ."