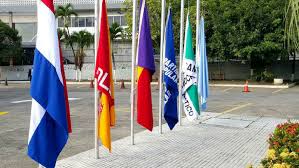 At least 16 candidates for a seat in the National Assembly are under investigation by the  Public Ministry or have been condemned by a court of justice.

Unjustified enrichment, embezzlement, money laundering,  are some of the judicial files hanging over election hopefuls a La Prensa investigation reveals.

They were nominated by different political parties or are running as independents.

Also  on the list is Julio Mendoza, PRD)   and Esteban Rodríguez  (Molirena)

César Herrera, in La Chorrera. was recently arrested for alleged irregularities in the economic compensation to owners of buses.

The report also lists cases in the Supreme Court faced by current deputies who seek re-election.

The former mayor of Colón Dámaso García is investigated for alleged embezzlement in a consulting contract, and for allegedly having on the payroll 21 people who charged without working.

Ana Giselle Rosas, (CD)  was sentenced to six months jail in (to pay with fine days) and 1 year of disqualification from public office for using State resources in the 2014 campaign.

Julio Mendoza,  (PRD)  has a probe for the alleged commission of crimes against the economic order with checks and credit cards.

Euclides Mayorga, the ex-Chame mayor, was sentenced to 3- years in prison for crimes against the public administration.

The former director of the Institute of Agricultural Marketing (IMA) Edwin Candín Cárdenas, nominated by the Panameñista Party and the Popular Party (PP)  is prosecuted for the alleged crime against the public administration to the detriment of the IMA.

Lilia Batista, (CD), was accused of having irregularly managed over $6  million in circuital scams by deputies in the past five years.

Ex-minister Alma Cortés, ( CD)   faces investigations for alleged irregularities in travel expenses when serving as a minister, and for unjustified enrichment.

Rafael Reyes, ( Alliance)  is investigated for the alleged commission of a crime against the economic patrimony.

Sara Montenegro a candidate for alternate deputy of Crispiano Adames. was a lawyer for the  Mossack- Fonseca firm. of Panama Papers ignomy is investigated for money laundering linked to companies created in Brazil.

Juan Carlos Bermúdez  (Alianza) is also a target. The anti-corruption prosecutor requested the lifting of electoral immunity to prosecute him for a case whose details are unknown.

Former President Ricardo Martinelli, ,  is on trial for alleged spying on communications.

The Electoral Court is analyzing the withdrawal of electoral immunity from Javier Sucre, (PRD)  at the request of the anti-corruption prosecutor's office, investigating him for alleged of crimes against the administration.

LOOKING  BACK
In the list of postulates are candidates who have been acquitted by courts or have been central figures in scandals. Samuel Bennett, (CD),  was processed for unjustified enrichment. The Supreme Court of Justice acquitted him. Ex-legislator Miguel Bush (Alliance). was investigated by the Court for alleged irregularities in the use of circuital items.

Enrique Garrido,  ex-Panameñista Party, and now Molirena,  investigated for the alleged use of public funds in politics.

Carlos Duboy, former administrator of Tocumen SA and close to President Juan Carlos Varela,  confessed that he managed donations from the Odebrecht construction company for the Panameñista Party.