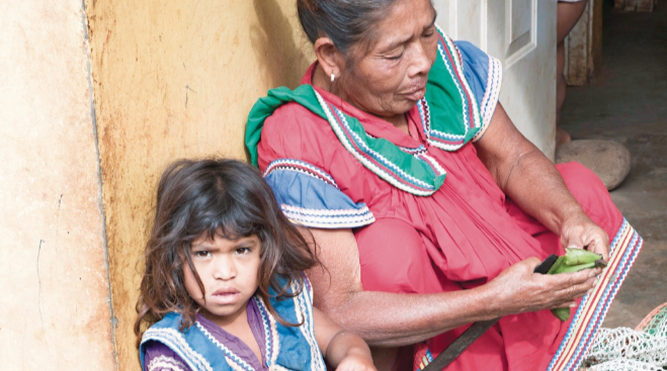 Panama has between 400,000 hungry people, according to the most recent report of the Food and Agriculture Organization of the United Nations (FAO).

Documents of the agency show that in  2015 in the country there were between 385.000  and 400.000 people who went to bed hungry which shows a stalemate in Panama in reducing people who are undernourished (insufficient food).

In the document entitled “The state of food security for 2015”, the agency stated that in 25 years the undernourishment in the country went from 26.4% to 9.5%.

The report highlights that the 9.5% that were still hungry represented 385,000 people, mostly concentrated in indigenous regions and rural areas.

The food reality of the country raised in 2015 has not changed in recent years, as the report “The panorama of food and nutrition security 2019”, released last week, shows that there are 400,00 undernourished people, that is, 10% of the population.

On November 1 the Ministry of Health (Minsa) confirmed the death of a child of 18 months due to severe malnutrition.

The infant, residing in the district of Barú, province of Chiriquí, came from an indigenous family with severe economic and housing deficiencies.

The report of "Poverty and Inequality in Panama" of the Ministry of Economy and Finance (MEF) and the World Bank, shows that Barú is the 35th poorest district in the country, with poverty of 37.6%. The total population of the district is 57,924, of which 21,761 are poor.

Israel Ríos, FAO Nutrition Officer, said that Panama has presented stagnation in hunger figures, but the worst indicators remain in the regions, since 60% of children under five in this area have delays in growth, while in cities it is 19%.

"Also, if we look at children of school age, 30% of those living in the regions suffer from malnutrition problems, when they are 10% nationally,"  he said.

The Public Health specialist, Jorge Luis Prosperi,  said the stagnation in the country in the reduction of people suffering from hunger is due to the fact that it has not been a real and effective priority in the agenda of the last two governments.

"The previous governments managed a committed discourse, but maintained an economic model that shows growth, but the truth is that it has generated wealth for a few, hiding the macro indicators of the great inequality."

The Ministry of Social Development (Mides) carries out, along with other institutions, various projects to reduce poverty, the main cause of undernourishment in the country.

The main project is the so-called "Hive, Panama free of poverty and hunger, the sixth border", which aims to impact and transform the quality of life of at least 777,000 Panamanians living in multidimensional poverty and have been left behind, in 63 districts of the country.

When the project was approved, President Laurentino Cortizo said that the project s the result of an articulated work among all the ministries and institutions that have put all their resources for the benefit of the most vulnerable sectors, excluded from social development.

The FAO document shows that in Latin America and the Caribbean there are 42.5 million people who go to sleep hungry, without having ingested the minimum calories for their daily activity. They are 4.5 million more than just four years ago.

It is a scandalous figure that increasingly moves the region of the Sustainable Development Goal - Hunger Zero - that seeks to end all forms of hunger and malnutrition by 2030 and ensure access for all people, especially children, to a sufficient and nutritious diet throughout the year
Share
Previous Post
Anti-vaccine fanatics  cause child deaths
Next Post
Oxford University coronavirus  vaccine in production