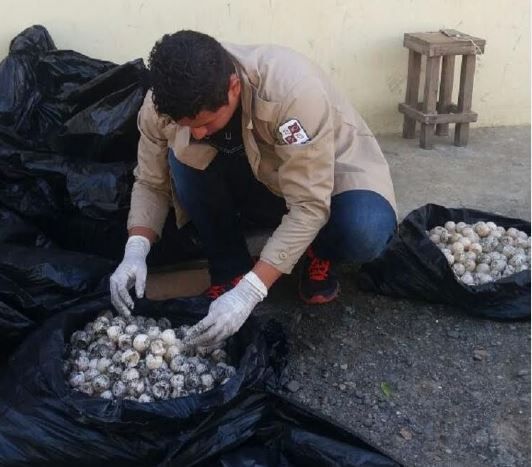 Leatherbacks  are an endangered species that nest on the beaches of Bocas del Toro where the annual egg collection is massive.

"High levels of trace metals could affect the human depending on the consumption of turtle eggs," said Guzmán.

He said they selected the Caribbean for the study , since, in 2016 we had already conducted a study on the Pacific beaches, with other species of turtles (green and golf),".

At that time, the scientists who analyzed the green turtle eggs and golf  found that high concentrations of toxic metals in them, such as manganese, iron, copper, zinc, arsenic, cadmium and mercury.

Guzmán said  that trace and toxic metals reach turtles, because they are highly migratory and annually travel thousands of kilometers, particularly feeding on jellyfish. "We still do not know the mechanism very well of the presence of metals, but the logical thing would be for food," he said.

This would certainly explain the low level, albeit functional autism suffered by the majority of the people here and also the low test scores of Panama schools pointed out in a previous article. Eating all those endangered turtle eggs, hmmm seems like mother nature has the last laugh.