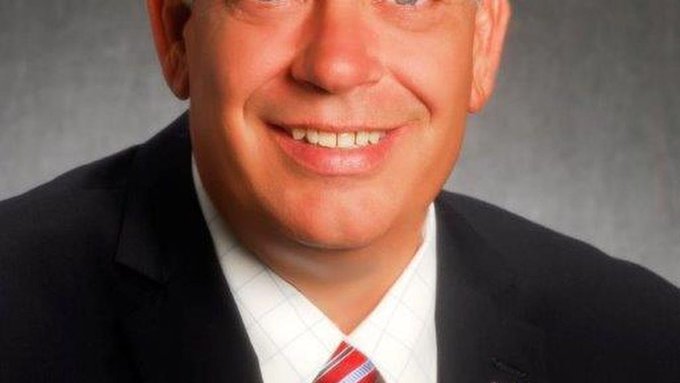 A former  Republican councilman who opposed mask-wearing and spread conspiracy theories about COVID-19  on social media has died from the disease one of many deniers who have been infected.

Tony Tenpenny, a Nashville, Tennesse Council Member died Sunday died after being hospitalized for more than a month and after being placed on a ventilator earlier this month.

Prior to his diagnosis, Teneppy mocked COVID-19 and its severity openly on social media. On Facebook, he questioned the use of masks and t shared articles criticizing safety measures and lockdowns in place by states in addition to other conspiracy theories calling the virus a political tactic.

More than a dozen posts can be traced back to his social media in which he spread misinformation about the virus, including a video from a Texas doctor who created outrageous theories about the virus and its connection to demons. In another post, he wrote, "the CDC and the WHO are pure (expletive) lying "

Some of the articles he shared, were marked as “partly false information” by Facebook. Many of his posts are now unavailable or hidden on the site.

Welsch said in a statement Monday. "Anyone can be felled by it. Not taking the precautions we know work to slow the spread is like playing Russian roulette. You are risking your life and the lives of those around you."

The coronavirus is real and deadly. Denying its severity and the consequences of it will not protect you from being infected. Health officials nationwide are urging individuals to social distance and abide by safety measures in place, including wearing a mask. Despite the Trump administration’s failure to address the virus, we must not fall victim to believing the virus is a “hoax.”

No matter what you wouldn't believe it anyway. Gee I wonder why? And as far as the CDC, we never had a problem with the CDC or USPO. Oh and funny now we even are finding out after all these years our voting process is rigged!! Please get a grip - Covid is very dangerous. From the beginning it was down played to save votes NOT lives. How easily duped people have become.

This is called learning the hard way. Herman Cain is part of that club.

All joking aside, this is a serious pandemic. Only 99.98% of us will survive.

So there are no stories about fat slobs who religiously wear a mask and die from the commie virus?

Any time the term 'conspiracy theory' is used in a pejorative manner you can safely presume the story is in whole or in part a lie.

WOW- Three conspiracy theorists on one day. And Hogan, did you read about the junk mail he forwarded?

Just because one lacks the validity of masks or other measures does not mean he does not comply. There are lots of things I don’t believe but if it is mandated, I comply. So ... did he comply but still get infected? The last paragraph is fake news “200,000 [Americans] have died as a result [of a Coronavirus infection]”. There are multiple “coronavirus” strains of which Covid-19 is one. But more with false or misleading information: does anyone remember this story from a mere 3 weeks ago?: “ only 9,210 Americans died from the coronavirus alone. The rest of the coronavirus victims in the US according to the CDC had different serious illnesses and co-morbidities.” Notice how this tidbit was omitted from this NRP article: “ Shulman said former councilman Tony Tenpenny died from COVID-19 overnight. He was hospitalized for two weeks and had an UNDERLYING MEDICAL ISSUES [my caps for emphasis]”. Or, how about this quote: “ has died of complications from the virus” [complications FROM the virus, were these complications triggered by his “underlying medical conditions” in a similar way as the 9,210 others? It takes critical thinking to weed out the chaff from a mainstream media story—NRP is not an exception.

Jb makes a good point that the media has no credibility anymore. The world health organization is a fraud, the CDC changes daily their advice and the FDA is going to slow walk vacvine approval to try and hurt Trump and keep the orchestrated worldwide collapse in progress. I take all news with a heaping dose of skepticism.

Of course he died of Covid ! In 2020 there is no other cause of death but covid. Hospitals get higher reimbursement for a covid patient so everyone has covid. Remember the guy in Florida ripped in half in a motorcycle accident? His cause of death is listed as covid.