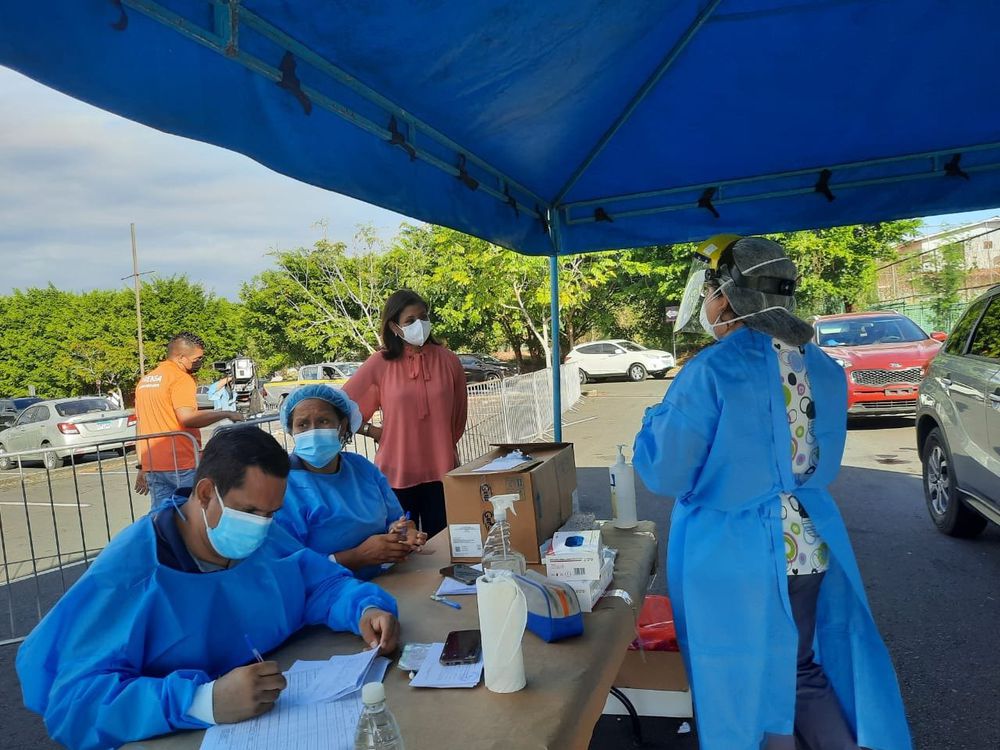 The Pan American Health Organization (PAHO) has reiterated its call to the countries of the region to maintain vigilance and follow up on the variants of Covid-19, especially those they call of "concern."

PAHO details that a total of 9 countries, including Panama, have at least confirmed cases of the variants of the United Kingdom, South Africa and Brazil, which are in the group of "concern."

The director of the Gorgas Memorial Institute for Health Studies Juan Miguel Pascale reported that there are about 17 confirmed cases of the Brazilian variant (P.1 and P.2). In addition, one of the United Kingdom variant, another from New York, and another from California.

Of course, rather than go on convoluted death hunts for individual stories, anti-vaxxers could easily just misconstrue data in the Vaccine Adverse Event Reporting System (VAERS), a tool co-run by two federal agencies to help monitor the risks associated with vaccines in active use. After all, they’ve been cherry-picking figures from the system for over three decades—and for the last decade, citing a study arguing that only one percent of vaccine injuries get reported. ANYONE can file a report to the system, which opens it to secondhand or hearsay, repetitious, or even clearly spurious accounts of adverse reactions. (In the past, pro-vaccine advocates have successfully filed reports that a vaccine turned a man into The Hulk and another gave a baby Wonder Woman powers to prove this point.) Health-care providers are also required to report any death they are aware of that occurs soon after a patient receives a vaccine, which at times translates into reports of patently unrelated deaths.

Panama A1 ... you’re wrong. “Breakthrough” cases were 8x more likely for fully vaccinated persons AT LEAST 14 days POST VACCINATION; not WITHIN the 14-day window, as you falsely claim. //// Captain, re: Malaria — what? Did another vaccine company block the use of a well-established prevention and cure for malaria — Hydroxychloroquine—- so they can market their vaccine? Wasn’t that same drug, used off-label, also proven effective for Covid when used at the “right” time (especially within the first 2 days of symptoms) but discredited SO THAT THE VACCINE COMPANIES could obtain an EUA, which would have been denied if this medication proved effective (oops, it was effective—just blocked from use). Oh, the games BigPharm plays with you idiots not seeing thru the deception. Or maybe you do, but you have a bad case of denialism. Jeez, Captain, you’re really starting to strain my tolerance for your misinformation or faulty logic. Get with the program, will you.

Those that have an agenda, the anti vaxers, covid is a hoax, and world conspiracy believers, tend not to be forthcoming with the entire truth. It has been found that, with one type of vaccine, during the 14 day period after the vaccine was administered, the recipient was 8 times more likely to get the newer strain of covid. After the 14 day period they were fully protected from covid. This last bit of truth, of course, was kept from the reader. All to bend the truth and further their agenda.

DEATHS from measles worldwide in 2018 was 140,000 (CDC) so I think a little research needed here oh ya ...and as flat rabbit points out vaccines highly effective in fact eradicated in the case of smallpox.Breaking news yesterday from Oxford , vaccine found for malaria which is endemic in Africa. Without being diversionary Hogan, no variant to date has managed to completely breach the existing vaccine protective barrier. Having said which it’s idiots posting here who are anti vaccines that encourage the development of new strains that could result in that breach and force us all back to lockdowns...thank you very much and we will know whom to blame if that occurs. Watch out Brian they will be coming for you !

Flat rabbit don't let truth get in the way. Girls who catch measles and mumps have a 50 %lest chance of getting cervical cancer. When i was a kid if a friend got measles the parents would arrange measle parties. Yes i had them and no there has not been 1 death caused by measles. But feel free to keep drinking big pharma kool-aid

I recognize your attempt at sarcasm, FlatRabbit, but there’s something wrong with you that you can’t stay on subject ... diversions, diversions, diversions. I won’t even address the 3 vaccines for diseases you mentioned— you can do your own research on the proven AE on these. I will say however to your diversionary tactics that some medicines are good/some bad; just as some people are evil/others are not. You would be wise before hitting your keyboard to rant on an erroneous supposition.

We all know that vaccines are totally ineffective, just look at small pox, polio, and measles. What a scam.

Yeah, good idea! We don’t want all those vaccinated citizens to come in contact with any “wild” Covid strain — ADE might do them in! The rest of us are pretty safe — we are 8 times less likely to be infected and with less complications than those sheep that took the jab without adequate INFORMED consent. For those who aren’t familiar with what you might face, do your research ... DuckDuckGo “Breakthrough cases”