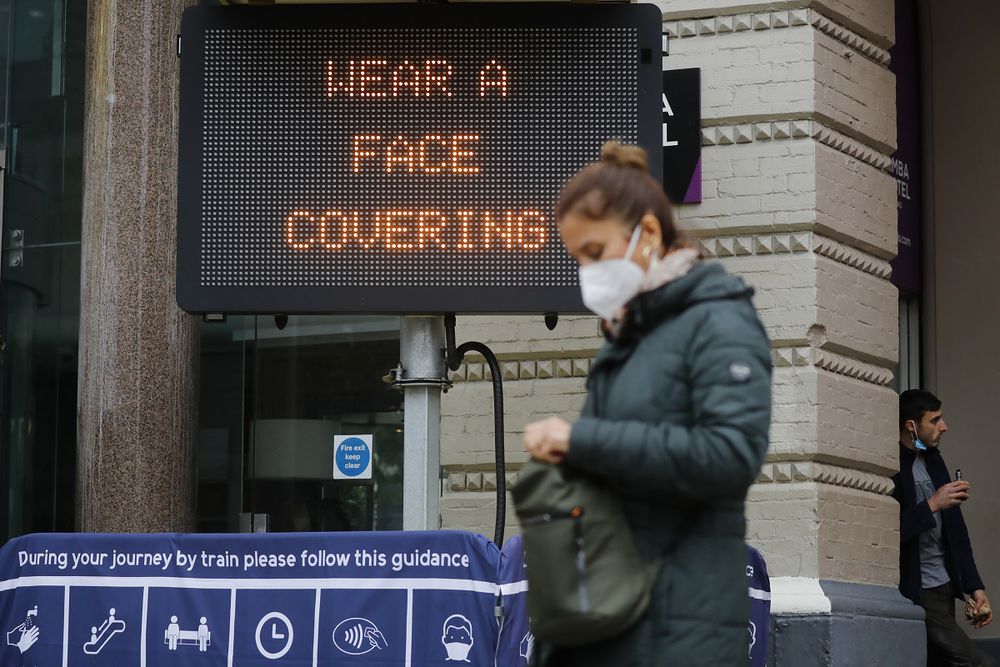 The level, implies the prohibition of being in closed places with family and friends with whom one does not live, will include half of the 56 million inhabitants of England.

"I did not go into politics to impose restrictions on people's lives," Hancock told MP’s, but "we must make firm and balanced decisions to keep this virus under control and we must take them now."

The UK. The country most punished in Europe by the coronavirus already has more than 43,000 confirmed deaths from Covid-19 and the number of infections has increased rapidly in recent days to almost 20,000 daily.

On the streets of London, the news was met with muted reactions.

The number of infections in London "is doubling every ten days," Hancock stressed, lamenting having to take "some of the most difficult steps taken by a government in peacetime."

However, Jonathan Ashworth, responsible for health issues in the opposition Labour Party, reproached him that "much of this could have been avoided" if the Conservative government had used the summer to deploy an effective testing and tracking system.

And he wondered "how many more people have to die" for the Boris Johnson administration to apply two-week national confinement to "break the circuit" of infections as advised by his scientific experts at the end of September.

And although he said "not to rule out anything, of course, in the fight against the virus," he opted instead to announce this week a new alert system at three levels - medium, high, and very high - that sets the type of restrictions to apply locally.

this mechanism only concerns England, since the other nations that make up the United Kingdom - Scotland, Wales, and Northern Ireland - set their own policies against the coronavirus.

The Federation of pubs BBPA expressed its concern about these measures, which will “decimate” a sector that has already been badly hit. On  Thursday, the pub chain Marston's announced the elimination of 2,150 jobs.

The mayor of London, Sadiq Khan, also from the Labour opposition, backed the move to a tougher regime.