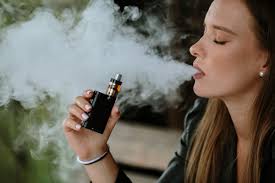 A law  banning the use and commercialization of electronic nicotine administration systems, electronic cigarettes, vaporizers, tobacco heaters or other r devices with or without nicotine, is awaiting the signature of President Cortizo.

If the proposal is sanctioned, the purchase or promotion of the devices online would be prohibited in the country. and  violators   would face sanctions

According to the initiative the l Customs Authority would inspect, stop, confiscate and suspend the sale, commercialization, use and import of the systems, and the Panama Tourism Authority would get the message out to visitors.

"Since 2009, Panama has maintained a consistent policy to prohibit the use and marketing of electronic cigarettes and the like, based on studies that establish that these types of devices are harmful to human health and the position of the State, through the Ministry of Health, was to develop legal norms that extended the prohibition of use and commercialization of other series of devices,” says the report that supports bill 178.

The World Health Organization (WHO) concluded "that vaporizers and electronic cigarettes are by no means safe", which is why it urges legislation on these devices to "interrupt their promotion and acceptance and prohibit the making of false or not statements proven about them. "

It has asked governments to prohibit their use in closed public places and workplaces, "given the health risks that they also represent for non-users" and recommends that they are taxed similarly to tobacco products while rejecting that they can be considered a system that helps to quit smoking, because "there is insufficient evidence to support the use of these products to quit smoking."

Yarkaki, it's called reading. In the UK only 10 million people have up smoking after switching to electronic devices. The UK is one of the few countries supporting this and the only country that has allowed vape shops to be open in their hospitals. Try reading medical journals and researches. My self vaping after trying to stop several times during my 36 years of heavy smoking. This device got me off the smokes within the hour. Recently I have been checked and all is clear and clean after nearly 5 years. Blood tests didnt show any toxin in my blood. Vaping is demonized by big tobacco and pharmacy. Years ago they didnt care and thought it was just a hype and will die off. Now more than 40 million people got off the smokes because of this and it has turned into a billion dollar business. Governments losing tax revenues and tobacco and pharmacy losing sales. The WHO is in favor of these two groups and the governments who fund this institution. They rather see you die with something than living healthier with so far research has found 95% safer than smoking traditional cigarretes Panama can sign this and they will loose more tourists. Some countries that had a total ban changed their policies due to loss of tourists.

Looks like it's back to smoking cigarettes for me then. Well played Panama.

Looks like it's back to smoking cigarettes for me then. Well played Panama.

12500 feet agl ... where are your statistics that "countless people have quit wmoking by vaping."?

12500 feet agl ... where are your statistics that "countless people have quit wmoking by vaping."?

They ban vaping but smoking cigarettes is A-OK. Regular smoking kills millions of people every year but Panama is OK with the import, sale, and use of cigarettes. The real reason Panama is outlawing vaping is it is cutting into tobacco sales and that mean less taxes. It all about money, not health issues. Countless people have quit smoking by vaping. That mean a loss of billions of tobacco tax dollars. This means less beach houses and helicopters for our politicians. It is so transparent.