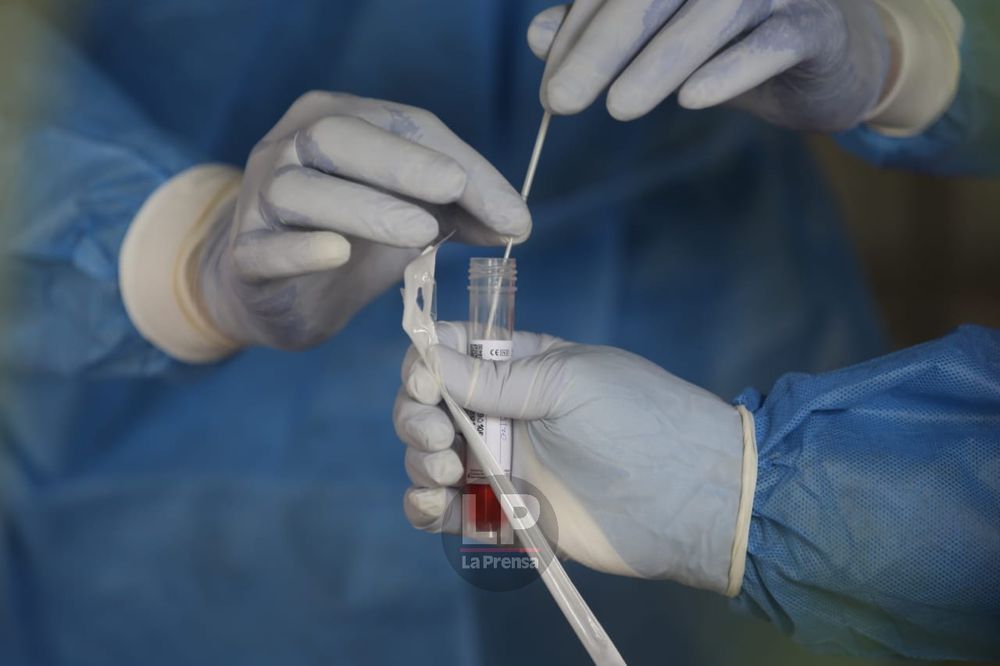 The mutation of the new  coronavirus that arrived in Panama, called D614G, has doubled in recent months according to a report from  the Gorgas Memorial Institue,

The Institute highlights that "70% of cases were found with the D614G mutation, this variant is not the one found in England, however, it is also highly contagious."

Researchern Alexander Martínez, Head of the Gorgas Genomics and Proteomics Research department, highlighted that this percentage is the product of a random sampling of cases in December of 75 sequenced samples.

“That implies that this variant doubled the proportion of people it has potentially infected. In July it was a little less than 30%, ”explained Martínez.

He added that it seeks to evaluate the places where more cases occurred, and thus explore whether there was a responsible variant, either those described in the United Kingdom or South Africa, "and a variant that we already knew in the country was found, however with a much higher frequency ”.

Proof this is a fraud since the beginning. On March 19th 2020, the public health bodies in the UK and the Advisory Committee on Dangerous Pathogens decided that the new disease should no longer be classified as a 'high consequence infectious disease'. The coronavirus was downgraded to flu level. A couple of days after this decision, the UK Government introduced lockdowns and introduced the most oppressive Bill in British Parliamentary history. The Emergency Bill, which was 358 pages long, turned Britain into a totalitarian state and gave the Government and the police unprecedented powers. Public meetings and elections were banned and there were new powers relating to 'restrictions on use and disclosure of information'. https://ibb.co/m8FRKJS copy posted in case they rewrite history as they are doing daily across the world. Original Link if it is still up and visible notice they state “Mortality rates low overall”. https://www.gov.uk/guidance/high-consequence-infectious-diseases-hcid https://www.bitchute.com/video/BVQ0pKzjnPTj/ GLOBAL LAWSUITS CRIMES AGAINST HUMANITY STARTING: Dr. Reiner Füllmich files lawsuits against “Fact Checkers” & Big Tech companies for crimes against humanity, censorship, defamation on the basis PCR test reporting is 97% fraudulent and cannot be used to detect coronavirus infection. IT IS FRAUD THIS LAWSUIT IS EXPOSING IT GLOBALLY AND THE CRIMINALS INVOLVED! https://www.bitchute.com/video/xnFrXiXiZMui/ DR. CHRISTIANE NORTHRUP: WHAT’S INSIDE THE COVID-19 VACCINES? THIS PANDEMIC SHOULD HAVE ENDED MONTHS AGO IF WAS NOT FOR THE FRAUD AND HOW DOCTORS ARE SUCCESSFULLY TREATING WITH ZERO FATALITIES! https://timetofreeamerica.com/ https://www.bitchute.com/video/FcjF1pAbMbn2/ DR. STEPHEN MALTHOUSE SPEAKS OUT ON CASES, FACE MASKS, SOCIAL DISTANCING, AND COVID VACCINE https://www.bitchute.com/video/TlxWZHk5yhFM/ Doctors across the world SOUND ALARM BELLS AGAINST EXPERIMENTAL VACCINE! Doctors call for those behind these crimes to be immediately arrested and tried with crimes against humanity! Never in the world’s history has so many hundreds of thousands of doctors and scientists been suppressed, threatened, had their licenses revoked for speaking about the truth about science. Never in the world’s history have doctors ever come together across the world to fight crimes law enforcement has failed to prosecute the guilty for. Where is law enforcement? Why are doctors battling against these criminals alone? https://www.bitchute.com/video/xYtBf4QkXPpE/ THE PCR DECEPTION - SHORT DOCUMENTARY ABOUT THE TEST USED FOR COVID-19 GLOBAL HOUSE ARRESTS, DESTRUCTION OF BUSINESSES AND JOBS ALL BASED ON FRAUD https://www.bitchute.com/video/XWzGihqwtVbx/ DR. MICHAEL YEADON UNLOCKED: WHY LOCKDOWN WAS A MISTAKE MORE THAN 60% HAVE IMMUNITY ALREADY https://www.bitchute.com/video/BQWuOUuDKHWs/ DR SCOTT JENSEN EXPLAINS COVID-19 CASE INFLATION & MASS-SCALE DEATH FALSIFICATION TO INFLATE FEARS

Yes these people believe that herd ammunity will come from being locked down also. Jajaja