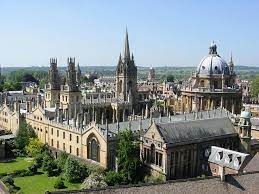 The pharmaceutical group AstraZeneca announced on  Saturday, September 12  that it will resume “next Monday” the clinical trials of its experimental vaccine against coronavirus in Brazil, one of the four countries in which it is being tested and the second to authorize the resumption of tests after the UK.

AstraZeneca Brasil said that it made the decision "after the confirmation issued" by the Brazilian health agency, Anvisa, "that the restart is safe."

Earlier, the pharmaceutical group, which is developing the vaccine together with the University of Oxford, announced that it had already resumed trials in the UK.

The suspension of the trials had been decided this week after the occurrence of a 'potentially unexplained illness', possibly a serious side effect, in a participant in the UK.

After receiving information from the British health authorities, Anvisa authorized the reactivation of the trials also in Brazil, concluding "that the benefit/risk ratio remains favorable."

The South American country has become the testing epicenter for the most advanced vaccines against COVID-19.

The vaccine developed by AstraZeneca and the University of Oxford is one of the most advanced Western projects, tested with tens of thousands of volunteers in the United Kingdom, Brazil, South Africa and, as of August 31, in the United States. called phase 3 of the trials, that is, the last, in which its safety and efficacy are verified.

The Federal University of Sao Paulo (Unifesp) coordinates the study in Brazil, in which 5,000 people participate.