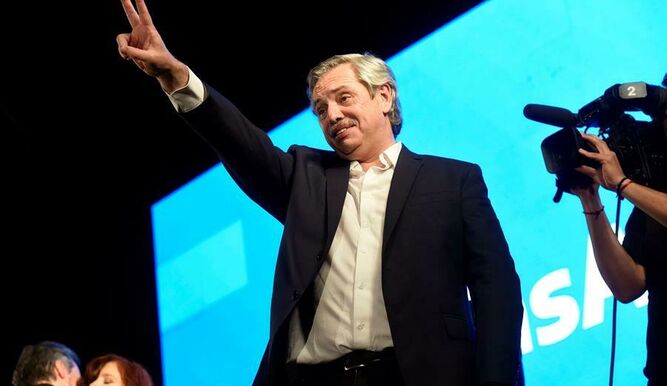 The newly elected president of Argentina, Alberto Fernández,  said Sunday, November that, once the Executive takes office he will send to Parliament a bill to legalize abortion. He will take over on December 10.

"There is going to be a bill sent by the President. As soon as we arrive," Fernandez said in an interview.

Fernández,who leads the Peronist Front of All and defined himself as "an activist to end the criminalization of abortion," said he will "try" that the initiative "comes out as soon as possible", although he clarified that it will not depend only on him.

The Argentine Parliament discussed the legalization of abortion in 2018, when, after years of failed attempts by feminist groups, President Mauricio Macri enabled the treatment of a project to decriminalize abortion until

the 14th week of gestation. The initiative was approved in the Chamber of Deputies but rejected in the Senate.

said in an interview published by the newspaper Página / 12, in Buenos Aires.

In his view, the debate should not become "a dispute between progressives and conservatives, between revolutionaries and retrograde. It is a public health problem that we must solve and that must be assumed in this way," he said.

Regarding the role that women will play in his government, Fernández, who has not yet revealed the names of the members of his cabinet of ministers, said he is "trying to summon many women. Some will be in the first line, others in the second. I definitely think we have to end discrimination against women," he said.

However, he warned that "the peer cabinet is not an easy thing to do now," but is "a goal to achieve."

and will it be the 18 Dems voted for where you can have it up to the moment of birth and if the baby lives they said they would make it comfortable alone in a room until it dies . those Dems are sure warm and caring people .