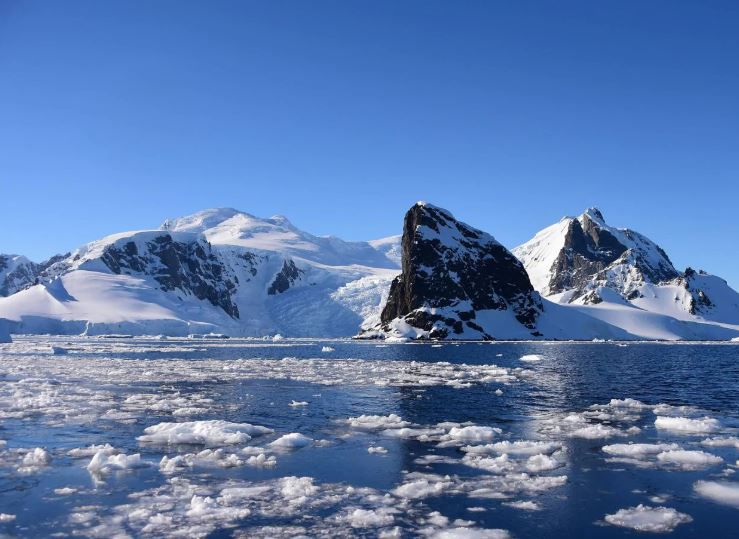 Over 20 degrees! Heat records multiply in Antarctica and new studies warn of the risks posed by the warming of the white continent, with potentially devastating consequences for tens of millions of megacities, such as New York, Shanghai or Bombay.

On February 9 the thermometer read more than 20.75 degrees on Seymour Island (also known as Marambio Island ), which is located at the end of the western Antarctic peninsula facing the southern tip of South America.

"We have never seen such a high temperature in Antarctica," Brazilian researcher Carlos Schaefer told the AFP on Thursday. February  13  making the record public.

On February 7, not far from there at the Argentine base Esperanza, the mercury reached 18.3 degrees, the highest ever recorded according to the National Meteorological Service.

Marcelo Leppe , director of the Chilean Antarctic Institute, says it is the first time, in the 8 years he has been traveling to Antarctica that in the first week of February, “there is no snow on the Fildes peninsula which has called “deeply the attention ”of the scientists who have been there for some time.

"In all the ecological parameters evaluated, in the marine and terrestrial environment there is quite noticeable evidence that something is changing," he says.

"Shocking but not surprising, since Antarctica warms up with the rest of our planet," said Frida Bengtsson, a Greenpeace marine specialist.

The last decade was the hottest of all time and concluded with the year 2019 registered as the second hottest (after 2016). And the 2020s begin with the same trend, with the hottest January ever recorded, according to European and US weather services.

Two new studies this week again warn about the dangers of destabilization of the southern ice cap, while, according to UN climate experts (GIEC), sea level already increased 15 cm in the twentieth century.

By mid-2050 more than one billion people will live in coastal areas especially vulnerable to flooding or extreme weather events, which will be aggravated by sea-level rise and climate change

Does not bode well for the proposed Panama City beach. Better to start evelating Cinta Costera, Good thing Panama is not in the hurricane zone ....... Yet.

Why have such a fear-mongering headline unless you're pushing an agenda? This is typical of today's "news."

The climate has been changing sonce the beginning of time .man can not change that .but those claiming it are getting rich from you