Investigation of copper mine  environmental incident 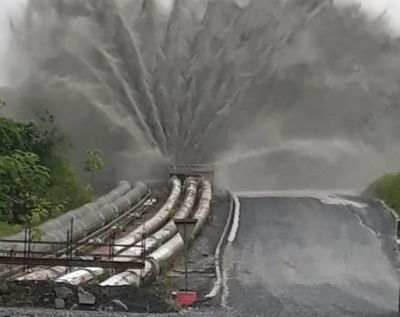 An investigation is underway into an environmental incident in Donosco, in Colón, which dyed the waters of the Chicheme stream and the Pifá river gray; near the area where Minera Panamá extracts copper from a 13,000-hectare concession.

Initially, the Ministry of the Environment (MiAmbiente) reported that it was probably "damage to the pipeline that carries the material extracted and processed close to the communities of Chicheme and El Sinaí.

The pipe exits the process plant to the tailings tank and contains chemically sterilized rock.

The rupture was registered on July 14 and the images were widely disseminated on social networks,  questioning the environmental impact on the ecological connection zone from Panama to Mexico, known as the Mesoamerican Biological Corridor,  originally "the panther walk."

Minera Panama reported that the spill is waste rock and water. "The situation was controlled in approximately 12 minutes by the rapid response team, which activated the Contingency and Emergency Response protocol," said a company statement on Saturday afternoon.

According to the Canadian subsidiary First Quantum Minerals LTD, the pumps and flow in the pipeline were stopped; The gates were closed and barriers with geomembrane were installed and the material was subsequently cleaned to minimize the effects. The turbidity in the Chicheme stream was high, Minera confirmed, but that in two hours, the tributary returned to its normal parameters and the death of species was ruled out.

The mayor of the district of Omar Torrijos, Eulalio Yanguez, said, “although it is said, on the part of the mining company, that it has already been controlled, I would like to hear from the Ministry of Health and MiAmbiente what secondary damages we can have with these accidents that can continue due to the magnitude of the project ”.

Reports from MiAmbiente's environmental monitoring and inspections from construction to October 2019 detailed on multiple occasions that “polluting wastes and hydrocarbons” were dragged into the Sinaí stream “without prior treatment and that the Chicheme stream was altered, whitish, with intolerable smell ”.

Mi Ambiente accounted for 209 environmental breaches of Minera Panamá between 2012 and October 2019- that have affected the soil and water, detail more than ten official reports, many of which, according to Minera Panamá, have been corrected.