Heads-up for a dying planet 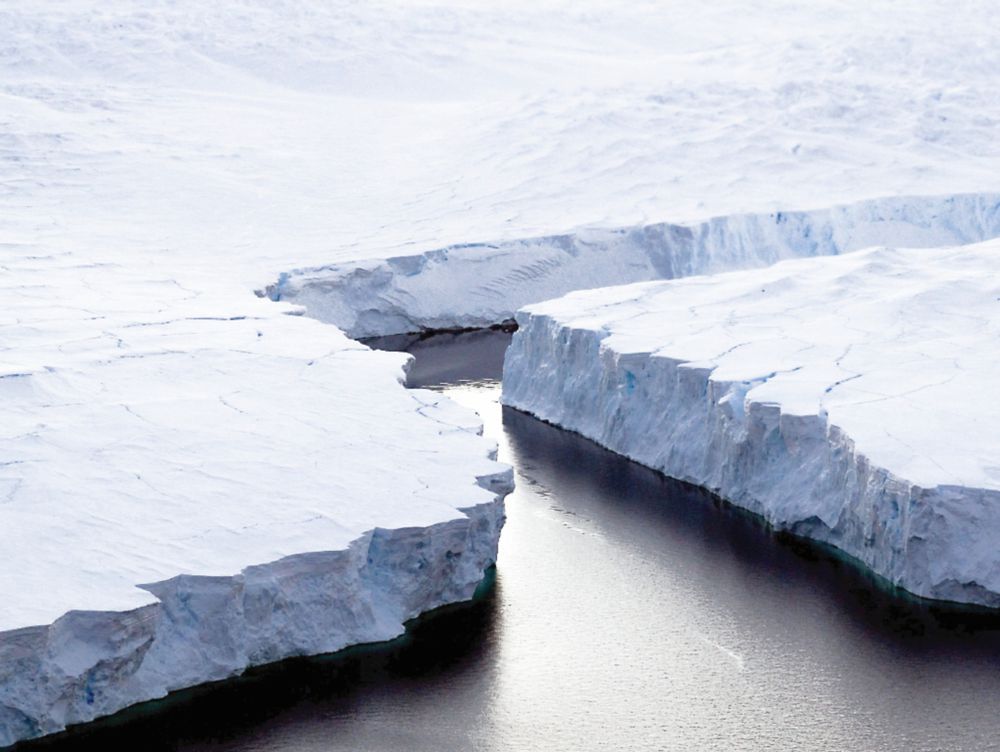 The 195 countries that committed themselves through the Paris Agreement (2016) to take effective measures to avoid an environmental catastrophe, converged for a new climate summit in Madrid, Spain, while the symptoms of a planet that is “dying out” accumulate ”, according to recent scientific studies.

The Conference of the Parties (COP25) in the United Nations Convention on Climate Change, was preceded with volumes of information that reflects environmental deterioration with unprecedented figures of heat, decline in biodiversity and ocean pollution, as well as disasters like the one recently in Venice, Italy.

It should be a wake-up call to the shrinking body of people who still think that climate change is a hoax but gamble that they won’t be around when their grandchildren face the consequences of inaction.

Temperature rises The period between 2015 and 2018 was the warmest on the entire planet since records have been kept and 2019 is on its way to completing the five years of heat, with a month of July so suffocating, that it is unprecedented.

Therefore, it seems complicated to meet the goal of 1.5 ° C of global temperature rise by the end of the century, according to the Paris Agreement.

On the contrary, the current rate indicates that this rise will be recorded between 2030 and 2052 and by 2100 it will be +3 ° C (or more) according to the UN Intergovernmental Panel on Climate Change (IPCC).

Less biodiversity
Meanwhile, the Red List of Endangered Species of the International Union for the Conservation of Nature (IUCN), indicated that the number of species at risk increased from 26,197 in 2018 to 28,338 in 2019, representing 27% of the 105.732 kinds of animals, fungi and plants registered scientifically worldwide.

"The information on the list indicates that the source of our food, medicine and drinking water, in addition to the livelihoods of millions of people, could be at risk with the rapid decline of the world's animal and plant species," explained the IUCN on its website www.iucn.org.

Another fresh study by the UN estimated that 79% of the 9 billion tons of plastic that have been produced in the world, have ended up polluting the environment, mainly the oceans, fatally affecting some 600 marine species and 90% of seabirds, especially for fragmented plastic in small pieces, about 5 billion pieces only on the sea surface.

Glacier agony
Glaciers, responsible for storing water in the mountains and providing the liquid to more than 75 million people in the tropical region, experience a sustained decline in recent decades due to global warming.

In the Andes, degradation progresses at a dizzying pace: glaciers will lose between 78% and 97% of their volume by the end of the century, if the situation does not change.

“Glaciers are sensitive indicators of climate change, as they respond quickly to changes in temperature and rainfall. The rapid retreat of tropical glaciers in the Andes is considered one of the most visible indicators of the warming of the Earth ”, cites the Atlas of glaciers and Andean waters: the impact of the retreat of glaciers on water resources, published in 2018 by the United Nations Educational, Scientific and Cultural Organization (Unesco).

New extinction
The Intergovernmental Platform on Diversity and Ecosystem Services (Ipbes) was more categorical than the rest, following the analysis of 550 scientists: "The planet experiences a new 'mass extinction' since the disappearance of dinosaurs 65 million years ago." A palpable event, for example, in the disappearance of vertebrate species each year, the critical risk of 41% of amphibians or the loss of 50% of coral reefs in the last three decades.

Actually, I'm sorry to have to inform you that you, (The above commenters) are all wrong. The climate is changing, but not from man's intervention, there are strange happenings around the world, huge disasters, floods, fires, volcanoes, earth quakes and storms. There are changes in the sun, the moon and in space. All these are predicted in the Book of Revelation to happen just before the Son of the Creator returns. We are expected to understand the signs of the times and respond appropriately.

It's no hoax to those suffering from the harmful effects.

As to extinction, it is estimated that 95% of all species that ever lived are extinct. Only the extinction of one species (homo sapiens) will ensure the recovery of this planet.

Whoever the anonymous writer is would not recognize truth if it tackled them. Lies, lies and more lies. It is all a hoax to control the world by a few elites. Wise up people!!