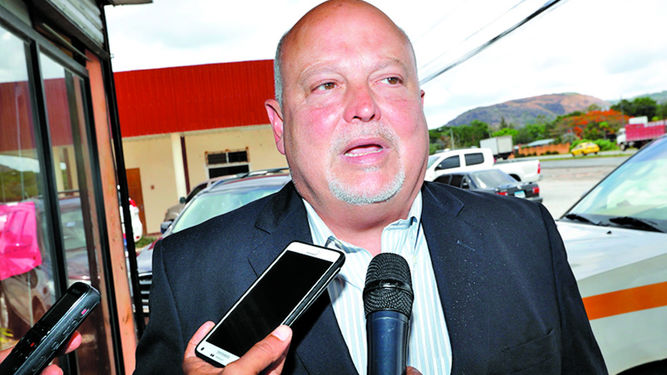 Richard Fifer the embattled  former governor of the province of Coclé and former legal representative of Petaquilla Gold SA.,  has been called to face yet another  trial.

Judge Maricela Ceballos determined to call Fifer to trial because she considered that during his r administration the company failed to comply with the environmental impact study (EIA) category III for the development of the mining project of Molejón, located in the province of Colón.

The Colon Discharge Prosecutor's Office asked to prosecute him for an environmental impact study prepared by the former National Environmental Authority (Anam) - now converted into the Ministry of Environment (MiAmbiente) - was violated, by not installing the structures to contain the tailings of the mine, after its closure in 2014.

The complaint was filed in June 2015 by former Environment Minister Mirei Endara, after confirming that there was a “serious problem of containment of tailings from the mine,” which presented a risk of contamination for the waters and streams in the area.

In 2016, the government hired Bluefin Seroca Ambiental to maintain the tubs and drain most of the tailings water that was in them.

Fifer's defense has argued that the charges brought against his client are the result of persecution and that is why he has filed criminal complaints with officials of the Public Ministry, MiAmbiente and the past government administration.

In this process, a provisional dismissal was granted in favor of Rodrigo Esquivel, who also served as administrator of Petaquilla Gold.

Fifer has also been called to trial by the Sixteenth Criminal Court for alleged fraud to the detriment of the Gold Dragon Capital Management Ltd and a judicial process for the withholding of employer labor quotas from the Social Security Fund.