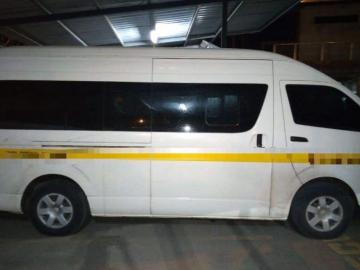 Could Panama be in line to host COP 27?

The Conference of the Parties to the United Nations Framework Convention on Climate Change (COP25) is the most important meeting of political, business, scientific and diplomatic leaders who, together with climate activists from around the planet, will seek to rescue the Paris Agreement  of 2015 to reduce the risks of the worst threats due to climate change .

The goals of the Paris Agreement are clear: using as a base year 1990, each country should reduce its greenhouse gas emissions by 45% by 2030. In addition, by 2050 the signatory countries commit that all their economic activities will be carbon neutral, that is to say, that any pollution of greenhouse gases that they produce will be compensated by another activity that prevents the atmosphere from receiving more net pollution.

The main focus of the COP25 debate, which takes place in Madrid, is the way to make viable Article 6 of the Paris Agreement, which establishes the purchase and sale of carbon credits to compensate for excess emissions, a business in which Panama has a lot to gain.

Countries that can sell carbon credits are those that have healthy forests and ecosystems, adopt important energy efficiency measures and responsible environmental management.

Panama has forests in Darién, Colón, Coclé, East Panama, Chiriquí and Bocas del Toro, which can be preserved. In addition, it has hundreds of thousands of hectares that can be reforested and thousands of kilometers of coastline where blue carbon strategies can be developed, that is, the conservation and recovery of mangroves, coral reefs, and seagrasses, which sequester much more carbon than terrestrial forests.

On the other hand, Panama can migrate towards a more sustainable energy matrix (solar, wind and biogas) than it uses today.

The creation of a carbon bond market could be a good business for the International Financial Center since from Panama the bonds of the countries of the region could be monetized. It would be ideal if ships passing through the Canal or the planes used by Panamanian international airports also bought carbon credits to mitigate their emissions.

As we are a country that can be the winner of a good international environmental negotiation, the Cortizo administration should pay close attention to this issue, and, perhaps, form a high-level group that, in collaboration with the Ministries of Environment and Economy and Finance , establish a state policy proposal to meet the objectives of the Paris Agreement and maximize the development and investment opportunities that Panama can obtain from the new green markets, and the global fight against climate change.

This year the conference was intended for  Chile, a country that gave it to Spain because of the protests that occur in that country. The next COP, 26, will be in Glasgow, Scotland and the mandates of the Paris Agreement will be redefined there.

Latin America needs a leading voice in this area, and perhaps, even the opportunity to have another COP in the region. Panama can fill these spaces. Rodrigo Noriega, LA PRENSA, Dec 6.