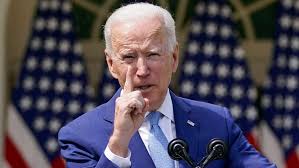 AFP - President Joe Biden opened on Thursday a summit of world leaders on the climate assuring that the United States "will not wait" to address the fight against global warming, which he considered a "moral and economic imperative."

The US president also praised the "extraordinary economic opportunity" linked to the fight against climate change, in a virtual meeting on Earth Day that brings together some 40 leaders by videoconference and will last two days.

The United States plans to double its official aid to developing countries to cope with climate change by 2024, compared to levels 10 years earlier, Biden announced.

"To help them achieve that goal, the United States will double ... by 2024 our annual development of public climate finance for developing countries," the president said during a summit of world leaders on climate sponsored by the House. White.

British Prime Minister Boris Johnson, who will host a major UN meeting on climate this year, praised the ambitious goal announced by the United States to fight global warming.

"I'm really excited about the game-changing announcement that Joe Biden just made and I'm very proud that the UK is doing the same," Johnson said after the US president doubled down on the country's emissions reduction target. by 2030.
Share

Snake pliskin is so ridiculously deluded in his world view that it is not clear whether he is either extremely ignorant or just so partisan in his beliefs that, if at high noon with the sun beating down on him, he would close his eyes and try to convince the world that it is midnight. The evidence of global warming is abundant, from the north pole to the south pole. Fossil fuels will be the end of life as many people in this world now know it. Perhaps snake has no progeny whose future he need be concerned about. Perhaps he lives right on the coastline and has a boat.....he will need it. Idiots like him unfortunately abound and their ignorance comes with a massive price.....to be paid by all.

Both the US and UK are broke and heavily in debt. They don’t have any surplus money. They will need to print it from thin air to make these “donations”. Since that’s where it comes from wouldn’t it be more direct and reduce the number of bureaucrats required if developing countries just used the same thin air to print whatever they need themselves?

There is no such thing as global warming. It is just a way for the Dem-rats to line their pockets.