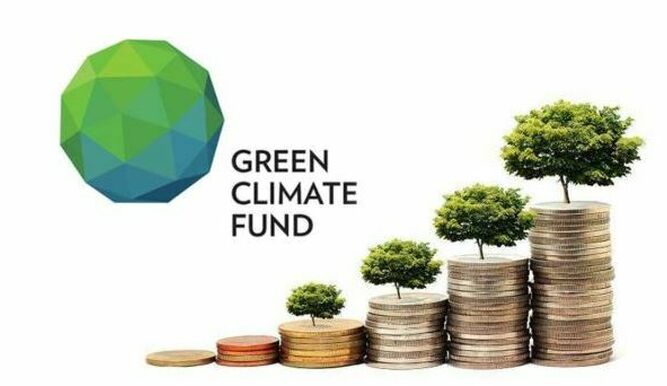 The fund  (GCF) was created in 2010 within the framework of the United Nations Convention on Climate Change, as a mechanism to assist developing countries in the implementation of practices of adaptation to climate change and mitigation of its effects.

Panamanian Vice Minister of Environment, Jorge Luis Acosta, said that the installation of the new headquarters of the Fund, which so far has one center " in South Korea, "makes Panama a global focus for the establishment of, The fact that its offices are in the country makes it easier for us to negotiate and monitor our projects," said the Panamanian vice minister.

According to the  Ministry, the headquarters of the Green Climate Fund will be ready, next year and located in the City of Knowledge, that already houses United Nations offices.

In March 2018, the executive director of the Green Climate Fund, Howard Bamsey, announced in Bogotá that the entity had approved about $350 million dollars for "climate financing" in Latin American countries.

while everyone's entitled to their opinions, it's the facts that concern me. the facts indicate change at an unprecedented rate, they measure the effects of human influence on that rate, and there is nothing normal about what's been happening for the last 2 decades. that's decades, not millenia. i do not agree that it is stupid to make efforts promoting sustainability, to preserve the ecology our lives depend upon, or to apply the wisdom we've been allowed. to protect the world as it was given to us. actually, it seems stupid not to; what could it hurt?

Yes climate change happens. It has happened over billions of years. If an ice age is in our future, nothing humans can do will change that. If a warming cycle is in our future, nothing that humans do will change that. There were no humans(?) that we know of during the last climate cycles!!! You people are a bunch of idiots. Read climate history!!!!! Another stupid organization by a lot of stupid people.