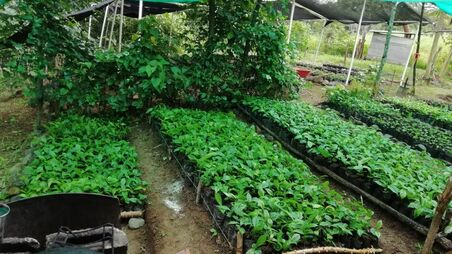 The Panama Canal Authority (ACP)  has reforested 65 hectares were reforested in the Azuero region (Los Pozos and Macaracas) as compensation after the construction of the third bridge over the Canal, in the province of Colón in addition to 54 hectares in Herrera.

Tomás Fernández, executive manager of the Environment Division of the  ACP said that by mandate of the Ministry of Environment they were assigned to reforest the La Villa river basin.

He stressed that in these areas a work was done with the residents. Coffee planting and sustainable livestock initiatives were launched reaching 1,500 producers, who have been supported to the point that they are already marketing coffee through the Association of Coffee Producers of the Basin.

With the expansion of the Panama Canal, the ACP had already reforested another 54 hectares in El Cenegón del Mangle in the  Paris district of Parita, Herrera.

ENVIRONMENT:  US  official put down of teen clim...
1
Fresh Panama shrimps off the menu on February 1
1
Mayor’s office seeks to extend license plates to...
5
ENVIRONMENT: Panama river cleaning project shares...
0
Panama steps up fight against plastic
2
After fires  surviving Koalas could be endangered...
0