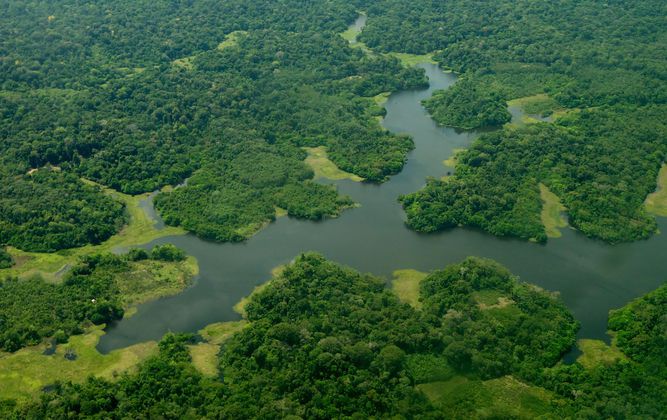 Much of the Amazon rainforest has become a CO2 emitter primarily due to forest clearing through burning, rather than its traditional role as a carbon dioxide scavenger, exacerbating climate change.

Based on hundreds of air samples collected at different heights over the past decade, a study published by the journal Nature this week claims that the southeastern part of the Amazon has gone from being a capture 'well' to a source of CO2 emission, one of the main responsible for global warming. During the last half-century, plants and soils have absorbed more than 25% of CO2 emissions, while these emissions have increased by up to 50%.

The Amazon - which is home to half of the tropical forests and stores 450 billion tons of CO2 in its trees and soils - has become a source of emissions.

"Both deforestation and forest degradation reduce the Amazon's ability to act as a carbon sequestration well," the authors noted.

Since 1970, the region's tropical forests have been reduced by 17%, mainly to support pasture for cattle ranching.

Forests are generally cut down with fire, which releases large amounts of CO2 and reduces the number of trees available to absorb it.

Climate change itself is also a key factor. Dry season temperatures have risen by nearly three degrees Celsius compared to pre-industrial levels, triple the global average throughout the year.

The combination of all of them "calls into question the ability of tropical forests to absorb large volumes of CO2," says Scott Denning , from the University of Colorado (USA), in an article also published by Nature.

To study this problem, the Brazilian research team collected 600 samples of CO2 and carbon monoxide, between 2010 and 2018, at altitudes of up to 4.5 km. According to their findings, the northwestern part of the Amazon is in equilibrium, and the east, especially in the dry season, becomes an emitting source.

Another recent study, using another methodology, concluded that the Amazon emitted between 2010 and 2019 almost 20% more CO2.