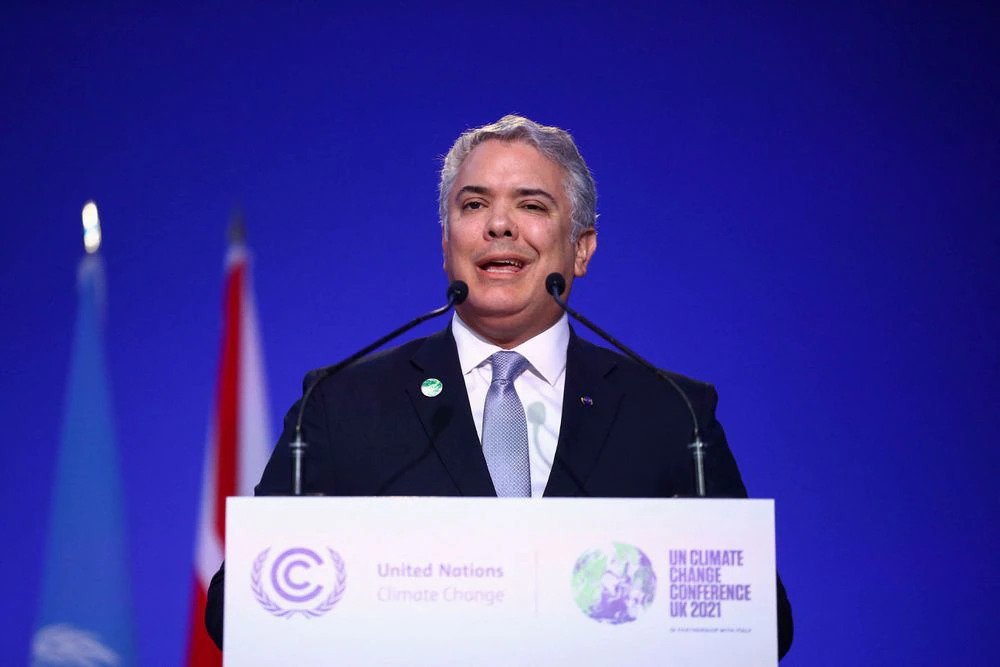 AFP - Colombia will declare 30% of its territory as a protected area in 2022, eight years ahead of schedule, its president announced on Tuesday during the initial COP26 summit, calling on the rest of the countries to preserve biodiversity to save the planet.

"The future of biodiversity also depends on what we do here today," said Iván Duque during an event dedicated to forests and land use on the sidelines of the meeting that precedes the key negotiations of the UN conference on climate change.

The declaration of 30% of the natural heritage as protected areas in all countries in 2030 is a goal that emerged in 2019.

More than seventy countries have joined this initiative, according to updated figures from the High Ambition Coalition for Nature and People (HAC), of which Colombia is a member.

That goal is also part of another major UN Conference, COP15, on Biodiversity, which China is currently piloting.

"It is very important to be carbon neutral but it is also very important to be positive with nature," added Duque, one of the more than 100 world leaders who signed the Glasgow Declaration on Tuesday, promising to stop and reverse deforestation and land degradation. in 2030.

But in Colombia "we are not going to wait until 2030, but today we are committed to protecting 30% of our territory as a protected area in 2022 because we have to act now," he said.