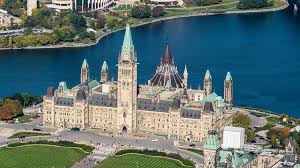 The  government, the private sector, and Canadian political parties have united in condemning a unilateral decision by the Mexican authorities to change the rules on private renewable energy generation projects in which Canadian companies have invested billions of dollars.

Sources in the private sector in Canada explained to Efe the "dismay and amazement" that the decision of the Government of Mexican President, Andrés Manuel López Obrador,(Amlo) has caused in Canadian companies that have invested in recent years in Mexico in the renewable sector.

"The rules re not changed in the middle of the game," a senior manager of one of the affected companies told Efe, preferring to remain anonymous so that he could speak freely about the situation that Canadian investors are currently experiencing.

Other representatives of Canadian companies expressed their concern about the message the Amlo  Government, is sending to foreign investors, not only in the renewable sector but in other economic areas.

"The only thing that investors request from a country is legal certainty and predictability when it comes to making investments. That right now is in doubt in Mexico," said another source consulted by Efe.

Canadian companies have so far invested nearly $9 billion in Mexico in the energy sector. More than a third of that figure, $ 3.1 billion, in the renewables sector.

"We need to have more information because almost daily the rules are being changed," explained the representative of one of the affected companies, adding that so far no one from the Mexican government has contacted them to explain the changes or what they can await in the future.

The sources of the sector indicated that their main objective at the moment is to open a line of dialogue with the Mexican authorities to resolve the situation.

Not only Canadian companies t are baffled by the situation. European and US investors are also affected by the fluctuations of the AMLO administration on the energy issue.

A Canadian government spokesman told Efe that Ottawa has been in contact with the Mexican authorities about the change in the regulations of the National Center for Energy Control (Cenace), which limited the generation of renewable energy and prohibited emission tests that were about to start.

Never trust an anti-Trumper. That should be your first clue. Amlo is one of the most corrupt presidents Mexico has ever had. He is a total idiot. Trump had to put him in his place at the beginning of his presidency. Mexico does not care about pollution either and probably never will. Most just care about drugs, bribery, gangs and going to other countries illegally.

"The only thing that investors request from a country is legal certainty and predictability when it comes to making investments. The current Canadian Govt. should clean up their own back yard before they start pointing fingers. Billions of dollars of contracts and projects cancelled and stay tuned more to come by the current Govt just so their PM can virtue signal. I wouldn't invest another penny in Canada

Well there you go. You psy your money and take your chances

Don’t touch Mexico for investment. We built a massive port for them and when it came to the operational phase they reneged on the terms. Particularly dangerous place for business as conditions are changed with each new government . There was a potential for a 5 billion US port and railway on the back of our initial investment...but we walked away. Very unreliable partners.