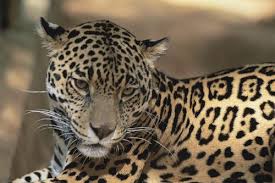 The Jaguar is  largest feline in the American rainforest and a species difficult to see.

The campaign titled “The Jaguar, the Guardian of the Forests of Panama” highlights in a  brief video the situation of the Jaguars, reduced by forest clearance and hunting in retaliation for the loss of cattle and other animals in communities contiguous to its habitat. The role of the jaguar in the balance of the forest is also highlighted.

The campaign, disseminated in social networks, aims to "make the jaguar visible as the true king of our forests and make known the close relationship that exists between humans with this wonderful species," says biologist Ricardo Moreno, a researcher associated with the Smithsonian Tropical Research Institute and. director of Yaguará Panamá.

After 20 years dedicated to the study of the big cat, Moreno is optimistic: "The jaguar is still in danger in Panama, but we have managed to see some changes, people have become a bit sensitized, that is a reality, there are more people who contact the authorities before killing a jaguar, this is very good. "

Yaguará in conjunction with the Ministry of Environment and other allies is working on management plans in 15 farms, have dealt with 128 cases of conflict between big cats and humans, in addition to the monitoring of the species with camera traps in the Darien National Park Darién and awareness workshops and talks throughout the country.

Being at the top of the food chain in the American jungle, says   Moreno, jaguars regulate the populations of prey species (peccaries, deer, painted rabbits, etc.) that feed on seeds; this creates a balance that, if broken, would generate an excess of prey that would eat all the seeds of the soil and in 50 years or more the forest will not be able to regenerate. "Less forest equals less oxygen and less water."