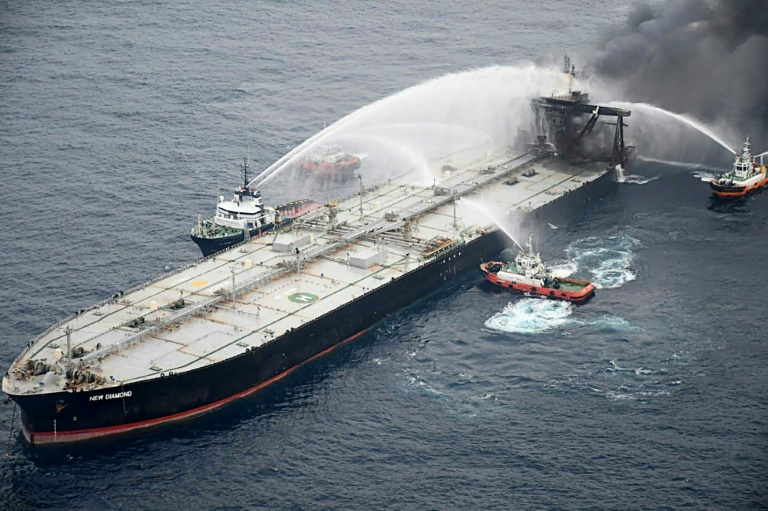 A re-ignited fire has been controlled

The fire in a stranded Panamanian flagged oil tanker off the coast of Sri Lanka was again brought under control on Wednesday, September 9 but not before it a kilometer long layer of diesel oil says the Sri Lankan Navy, raising fears of another environmental disaster in the Indian Ocean.

On Wednesday, according to the Navy, there were no more flames or smoke on the "New Diamond."

A tugboat towed it into the sea, 68 km off the eastern coast of Sri Lanka, after gusts of wind had driven it closer to shore.

The fire weakened the tanker's structure but did not reach its cargo, according to rescue services.

The Indian coast guards reported that they had sprayed dispersant products over the diesel layer to reduce its effects on the environment.

“The tanker leans to port (the left) and diesel escaped from the tanks, while the seawater used to fight the fire circulated through the superstructure, "said a Sri Lankan Navy spokesman on Tuesday.