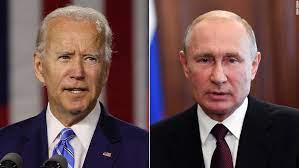 AFP - US President Joe Biden has delivered on some important promises in his first 100 days in office, including an epic effort to lift the country out of the COVID-19 nightmare.

Here are some great achievements and three areas where there is still work to be done.

Achievements or in process

4 With Biden, the United States also returned to the Paris treaty against climate change; seeks to revive

the nuclear deal with Iran; while it fixed a date for the definitive withdrawal of American troops in Afghanistan: September 11.

Slopes
1. Work with Congress: Biden promised bipartisanship but has so far worked on a tiny legislative majority of Democrats. That casts doubt on his next projects: an infrastructure reform, police brutality reforms and immigration.

Congressional elections next year could erase the Democrats' advantage in Congress.

And he still hasn't faced a real crisis. China, Iran, North Korea or Russia could present one at any  time.

Yep....the US was far better off with a pathological liar, punk ass draft dodger with the attention span of a fucking gnat!!!!! With his snot nosed, self entitled kids as his advisors. This guy ran up the national debt to a new high while giving his 1% buddies a "tax break". Oh.....and the stock market will tank as soon as he is out of office. RIGHT!!!!!

The insanity of the far right nutballs is hilarious but oh so sad!! Anyone who would classify trump's failed presidency as anything but that is truly delusional. But that description is the absolute essence of conservatism today. DELUSIONAL!! They talk about Biden's mind, but never remember the insanity of the orange dotard. Remember bleach and light into the body. Remember his multiple gaffes when trying to read...YO SEMITES!! The man-child is an idiot who inherited any and everything good in his life. The multitude of bad things he brought on himself. Biden's approval has always far exceeded any approval that the orange dotard ever achieved. You idiots keep sending humpty your money while he laughs at you almost openly. Unlike many who still worry about his return, I am not concerned. While his need for praise from his lemmings is depthless, he will be too busy spending your money trying to stay out of prison. Meanwhile Biden is getting on with the people's business, despite all the partisan roadblocks being put in his way by the repubs, whose ONLY interest has always been power for its own sake. They have no policy for the people and object simply because they can.....just like the right wing nutjobs like oh ya and snake pliskin. They scream now about the deficit generated by truly helping people but said nothing about the repub massive tax cuts that generated even more debt but truly helped only the already rich. So your partisan diatribes fall on deaf ears. Biden's approval ratings prove that. And if people like "Mr. Ed" Hawley, and "Grandpa munster" Cruz got out of the way more could be done. Finally, your crude and very telling references to the Vice-President speak so much more about the sadness of your souls, where your racism boils incessantly and threatens to explode your evil and sad hearts. Take a break and breathe. Might do your miserable souls some good.

Why does newsroom post such crap? We know because they are all in with the WH squatter. For example he never personally greeted the PM of Japan on his arrival then he let him stand on the stage for over 3 minutes while slow joe bad mouthed America. He is destroying the value of every dollar in your wallet by the amount of money he is printing . And on top of that his brain is gone and you call him a success? He is not going to last long before the slut sends him to Shady Acres and she takes over the country. Yes the same slut that had to drop out of the primary because she could not even get 3 %support from the demtards themselves

Success my foot. Look at our borders and the new debt

If you hate the USA then Biden's definately your guy!