The Shakira revenege saga propels her to #1 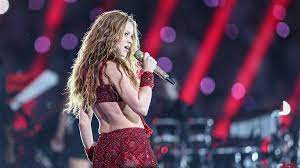 The bigger Shakira’s stardom has grown, the less messy her celebrity has been, Alessa Dominguez writes. She always avoids controversy; in a deeply conservative country, she’s avoided talking about abortion or LGBTQ rights, for instance. Her public-facing politics are unobjectionable, a favored cause being children’s education.

But last year, cheating rumors trickled out about her partner, Spanish soccer star Gerard Pique, and in the summer, she announced their breakup after an 11-year relationship. Since then, the separation has fed tabloid gossip about custody battles, the shameless “other woman,” and allegations that Shakira put a witch mannequin on her balcony facing the home of a supposedly mean mother-in-law.

In a huge departure from her tight-lipped approach to her private life, Shakira released her most explicit kiss-off anthem yet, “BZRP Music Session 53.” In it, she addresses a former flame who she’s outgrown and who has found a new woman “like him,” snarkily suggesting he’s replaced a Ferrari for a Twingo, and a Rolex for a Casio. (Pique responded by wearing a Casio watch and arriving at work in a Twingo.)

After it dropped last week, the song immediately shot to No. 1 on YouTube and broke records for a solo Latin artist. Then it reached the pinnacle of global Spotify with nearly 15 million streams and became the platform’s largest Spanish-language debut in history. If the numbers hold, it’ll become her first top 10 US pop hit since her early aughts crossover era.

“I never thought that I would reach number one in the world at 45 years old and in Spanish,” Shakira wrote in the caption of a celebratory Instagram post.