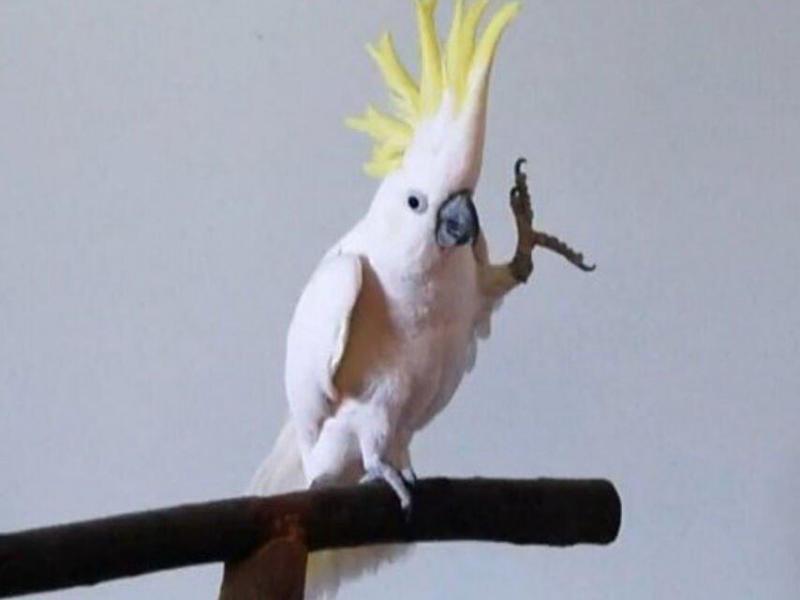 A decade after he gained fame with his Youtube videos dancing to the rhythm of Backstreet Boys, the "Snowball" cockatoo has expanded his repertoire  to improvise movements to the rhythm of other music, according to an article published by Current Biology magazine on Monday, July 8.

The discovery goes beyond pure entertainment and suggests that dancing with music is not an arbitrary product of human culture, but that the reaction to it arises when certain cognitive and neural capacities are united in the brains of animals says the Efe  News Agency.

"What interests us the most is the great diversity of his movements (with the music," said one of the study's authors, the psychologist Aniruddh Patel, from the Tufts and Harvard universities, both in the United States.

Patel stressed that "Snowball" developed those movements without receiving any type of training.

In a previous study, the psychologist had confirmed that the bird could move to the rhythm of music; a remarkable finding because dance is a natural ability of human beings,

After that investigation, the owner of "Snowball" and co-author of the current study, Irena Schulz, realized that the cockatoo made movements in reaction to music not seen before in this animal.

This ability may respond to the fact that cockatoos, like humans and unlike monkeys, learn to express themselves vocally and their brains have certain connections between the ear and the mechanisms of movement.

Previous studies had shown that cockatoos can move their heads from one side to the other and raise their legs following the rhythm. The difference with humans is that they sway to the rhythm of the music and use a variety of movements and parts of the body.

The cockatoos in captivity live an average of 65 years and "Snowball", born in 1996, became a YouTube star 10 years ago for his dances to the sound of the Backstreet Boys.

Despite not being trained to dance, new videos show how he  perceives and responds to music with diverse and spontaneous movements, using various parts of its body.

In the experiments, the researchers exposed "Snowball" to the 1980 song "Another One Bites the Dust," by Queen, and "Girls Just Wanna Have Fun," which was a great success for Cyndi Lauper in 1983.

The songs were played three times, which meant a total of 23 minutes of music and during the recording of the videos Schultz was in the room and occasionally encouraged the animal with phrases like "good boy", but she did not dance or move to the rhythm of the music.

In the videos it is appreciated that "Snowball" completed a repertoire of 14 dance movements and two compound movements. The cockatoo moves the head to the sides, back and forth, and in circles in several different ways and sometimes in combination with the lifting of legs.