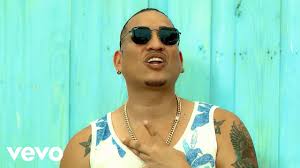 The Panamanian rapper Kenny Man , known internationally for  his "Ni Gucci or Prada",  claims in an interview circulating on social media that former president Ricardo Martinelli paid him thousands of dollars for the 'rendering of the 'Tortugón'  (Tortoise) against the ex-president  Juan Carlos Varela.

In the  video , the rapper begins ranting against current President Laurentino Cortizo, asserting that he is the “worst president that Panama has ever had”. reports  Mi Diario.

“It wouldn’ be you if you didn't end up giving him lead. Even at concerts, you give the presidents lead, "said the announcer.

"I am going to speak clearly to you. Martinelli when I shot the Tortugón after the song came out the man got off the bus where he was and sent me money with[Martinelli spokesman] Camacho. That is the truth, "he said.

"With that I bought my fridge, bought my stove ... The man got … the man spoke to me on the phone, paid me respects and everything," he confessed.

He said  that he does not support that "he stole, but he did", but he is very grateful to Martinelli.

“I don't like to fall for the fact that he stole, but he did. I don't support that. But, the economy was better when Martinelli was there and he gave me money that helped me a lot at the time and I am very grateful to him, ”said the singer.