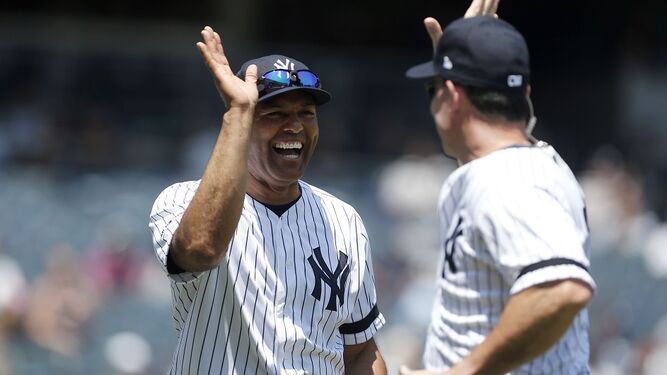 The Panamanian Mariano Rivera  donned his Yankees uniform  once again an and shone  at the 73rd 'Old Timers Day' , held on Sunday at Yankee Stadium.

Rivera, the first player to be unanimously elected to the Major League Baseball Hall of Fame, hit a home run with legs inside the stadium, also caught a fly ball to the center field and stepped again, say  a note on  MLB.com .

The hit of Rivera, leader of saves (652) in the Major Leagues,  was connected to Scott Kamieniecki. Rivera hit the ball between center and right field; while the fielders could not do anything to prevent the ball from reaching the wall, as  the Panamanian went through the bases until he reached the plate.

The number 42 of the New York Yankees also had the opportunity to play in center field and as a pitcher surprised with a pitch to Paul O'Neill, who landed a line for a double play.

Mariano is one of the most recognized, accomplished and like able ball players in the history of the game. What better person to lead Panama’s tourism campaign?