MOVIES: 'The Fight': against the Trump government 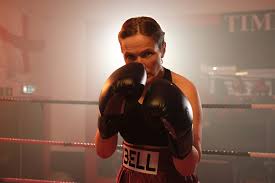 The acclaimed documentary follows five lawyers and their fight against  Donald Trump's policies and will be released this weekend.

Separation of migrant families, right to abortion, suppression of the vote and prohibition of transsexuals in the United States Army: there are many fronts in the battle of militant human rights lawyers against the conservative government of Donald Trump.

The Fight, a documentary released on July 31 in the United States, follows five lawyers and the wings of their fight against controversial policies by President Trump, who is seeking his reelection on November 3.

The feature film, shot in three years, depicts a classic David and Goliath battle between the federal government and the American Civil Liberties Union (ACLU), the leading US human rights organization.

"What are we? Two and a half floors of a building in New York” highlights ACLU Voter Rights Director Dale Ho. "And we face the power of the federal government and this massive political movement."

But as the film shows, the ACLU has achieved several significant victories.

One of them, avoiding in the Supreme Court that a question about citizenship be added to the 2020 census, which Ho said sought to suppress the participation of migrant communities in the consultation.

The film was directed by Elyse Steinberg, Josh Kriegman and Eli Despres, who made the documentary about Anthony Weiner, a former American congressman who fell from grace after a sex scandal involving a minor.

Like Weiner , The Fight was critically acclaimed when it performed at the Sundance festival last January.